SEOUL, Oct. 22 (Yonhap) -- South Korea's central bank will likely raise its policy rate at least twice next year as it will continue to normalize its eased monetary policy intended to prop up the pandemic-stricken economy, an analyst said Friday.

Last week, the Bank of Korea kept the rate unchanged at 0.75 percent for October after conducting a quarter-percentage hike in August from 0.5 percent, a record low level put in place for years to bolster the economy under heavy strain from the coronavirus pandemic.

Gov. Lee Ju-yeol hinted at the possibility of another rate hike in November, saying that the central bank will adjust its accommodative monetary policy.

"The normalization of its monetary policy will likely continue into next year," Cho Jong-hyun, an analyst at Shinhan Investment Corp., said. "The policy rate could be raised twice in the first and third quarters next year to as high as 1.5 percent."

The analyst added that the policy mix of such interest rate hikes combined with the government's toughened rules on lending will have their intended impact of reining in soaring household debt from the first half of next year.

Household credit reached a record high of 1,805.9 trillion won (US$1.53 trillion) in June, up 41.2 trillion won from three months earlier, according to central bank data. Growing household debt has been cited as a serious potential risk on the real economy.

The government is considering announcing additional measures to tame household debt next week that will focus on tightening requirement for borrowers' repayment capability.

Cho also predicted that inflation will likely stay within the BOK's targeted range of 2 percent next year. 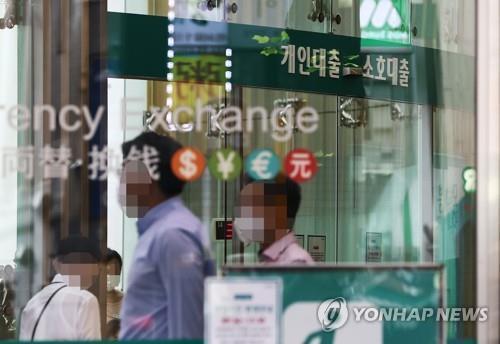