The Korean Film Council said the number of moviegoers totaled 5.41 million in September, up 81.1 percent from the same month of 2020.

Korean and foreign movies accounted for 49.2 percent and 50.8 percent of ticket sales, respectively.

Imported movies drew 2.75 million and posted 26.7 billion won in sales, both up 84.5 percent from the same month last year. 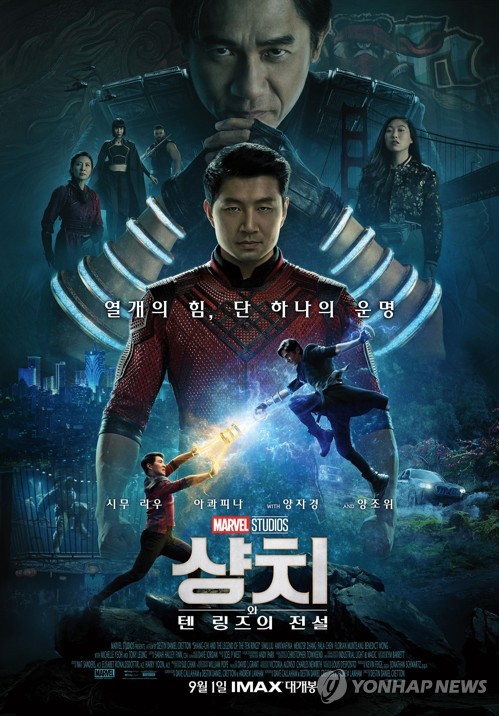 Marvel Studios' "Shang-Chi and the Legend of the Ten Rings" topped the September box office with 1.68 million viewers and 17.1 billion won in sales.

The improvement is attributable to a series of blockbuster releases and people's reduced anxiety about COVID-19 compared with last year, according to the Korean Film Council.

The state-funded organization pointed out that the movie industry was devastated in September last year in the wake of the second wave of COVID-19 infections that started the previous month.

Also, Chuseok, or the thanksgiving holiday, in 2020 started on the last day of September, it noted, while this year's holiday came in the middle of the month, contributing to improved ticket sales.
(END)