SEOUL, Oct. 22 (Yonhap) -- Two South Korean tour players found themselves tied atop the leaderboard midway through the only LPGA tournament on their home soil on Friday.

An Narin and Lim Hee-jeong, both Korea LPGA (KLPGA) members, are sitting at 11-under after 36 holes at the BMW Ladies Championship in Busan, some 450 kilometers southeast of Seoul, sharing a one-stroke lead over fellow South Korean Chun In-gee and Danielle Kang of the United States. 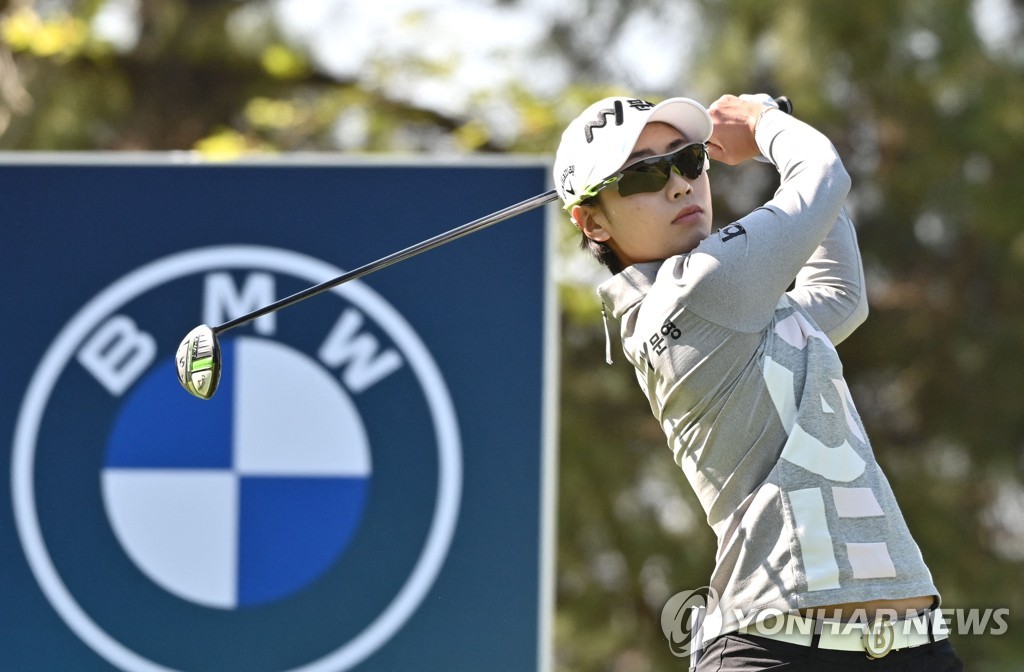 An, who held the opening round lead after tying the course record with a 64 on the par-72 LPGA International Busan, followed that up with a 69, which featured four birdies against one bogey.

"It was a lot windier and colder than yesterday, but fortunately, I still had a pretty good round," An said. "I've played exactly the way I wanted to play the last two days. I hope to keep that up for the weekend."

Lim shot a 66 on Friday, her second straight round without a bogey.

"I am happy that I haven't made a bogey over the first two rounds, and my ball striking and putting are pretty solid right now," Lim said. "I am really looking forward to the next two rounds."

Kang, who was the runner-up at the inaugural BMW tournament in 2019, also went bogey-free on Friday for a 68.

Kang said she spoke to her coach, Butch Harmon, about some technical things that had been bothering her, and even though she's not completely satisfied yet, she feels like she is "on the right track." "I feel pretty solid. I feel a bit freer with my golf game," said Kang, who was born in the U.S. to Korean parents and spent her early years in Busan. "I've been working on a lot of good things."

Chun was tied for the lead at 11-under coming down the stretch but fell back with a bogey at the 17th en route to a 67.

"When I play in a tournament in Korea, there's always more pressure. But I enjoy it. That's how I've played well the last two days," said Chun, a two-time LPGA major champion. "I always try to have a bogey-free round. I'll try to make as many birdies as I can over the weekend. I really want to put my name on the top." 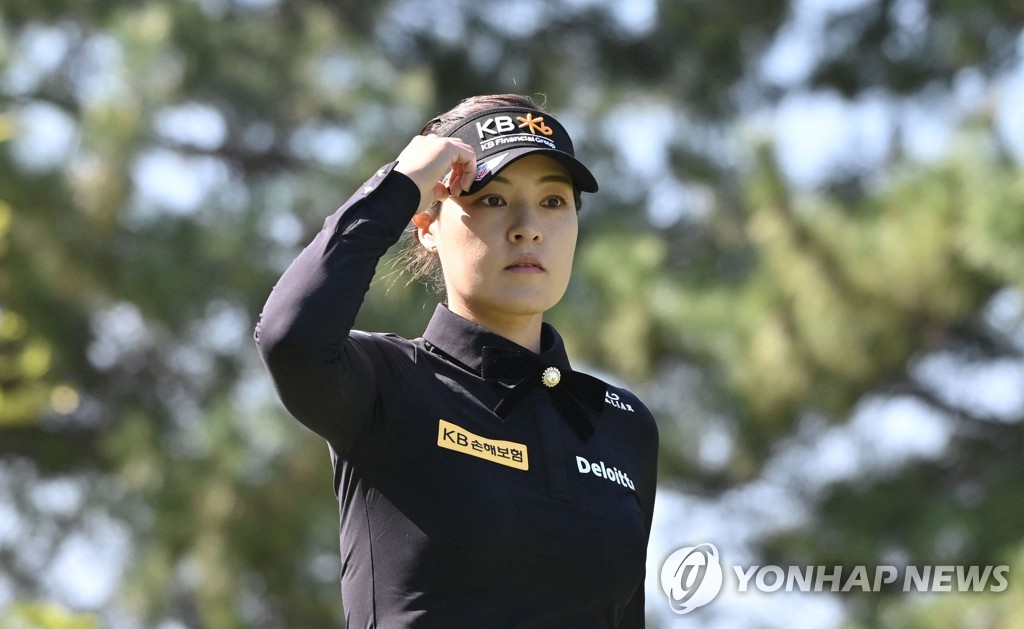 This tournament was canceled last year due to the COVID-19 pandemic and is back with 84 players in the field -- 50 LPGA players, 30 KLPGA players and four golfers on sponsors' invitations.

Of those 84, 49 players are from South Korea. The next LPGA win by a South Korean player will be No. 200 for a golfer from this country.

The tournament has a total purse of US$2 million, and the champion will pocket $300,000. 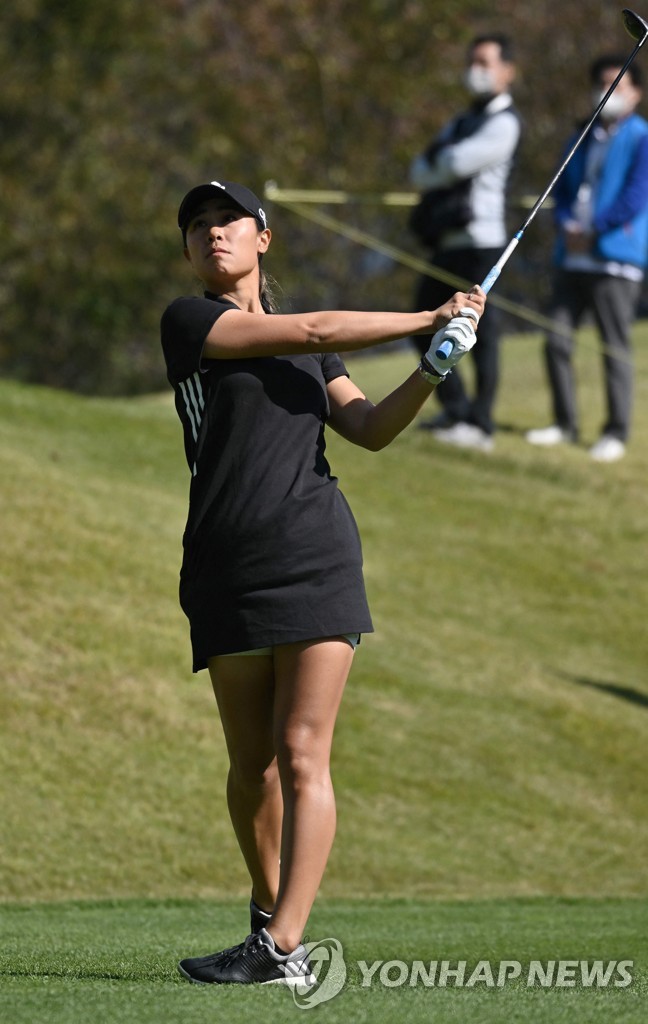 World No. 2 Ko Jin-young soared into contention with a bogey-free round of 64, which put her at nine-under for the tournament and alone in fifth place.

She will climb back to No. 1 ranking with a win this week. The current No. 1, Nelly Korda of the United States, isn't playing in Busan.

Ko first rose to No. 1 in 2019 and spent the entire 2020 season at the top before slipping back in June this year. Overall, Ko has spent 112 weeks at No. 1, the second longest in LPGA history behind 158 weeks by Lorena Ochoa.

2 S. Koreans tied for lead at LPGA tournament at home

2 S. Koreans tied for lead at LPGA tournament at home