"Lee has decided to step down from the governor position on Oct. 25 and will soon tender his resignation to the provincial council chairman," an official with the Gyeonggi provincial government told Yonhap News Agency.

Lee will work as the governor of the populous province surrounding Seoul until Monday midnight, meaning he will officially give up his governorship Tuesday, according to the official.

Lee earlier announced he would step down from his post after completing the parliamentary audit on his province, which was on Monday and Wednesday.

His party has been asking Lee to give up his governorship early so that he can focus on campaigning for the March 9 presidential election.

Under an election law, a presidential candidate holding a government position must resign from the post 90 days prior to the election date.

Lee, former Seongnam mayor, was elected the governor of Gyeonggi Province in June 2018. His remaining eight-month term will be carried out by a lieutenant governor. 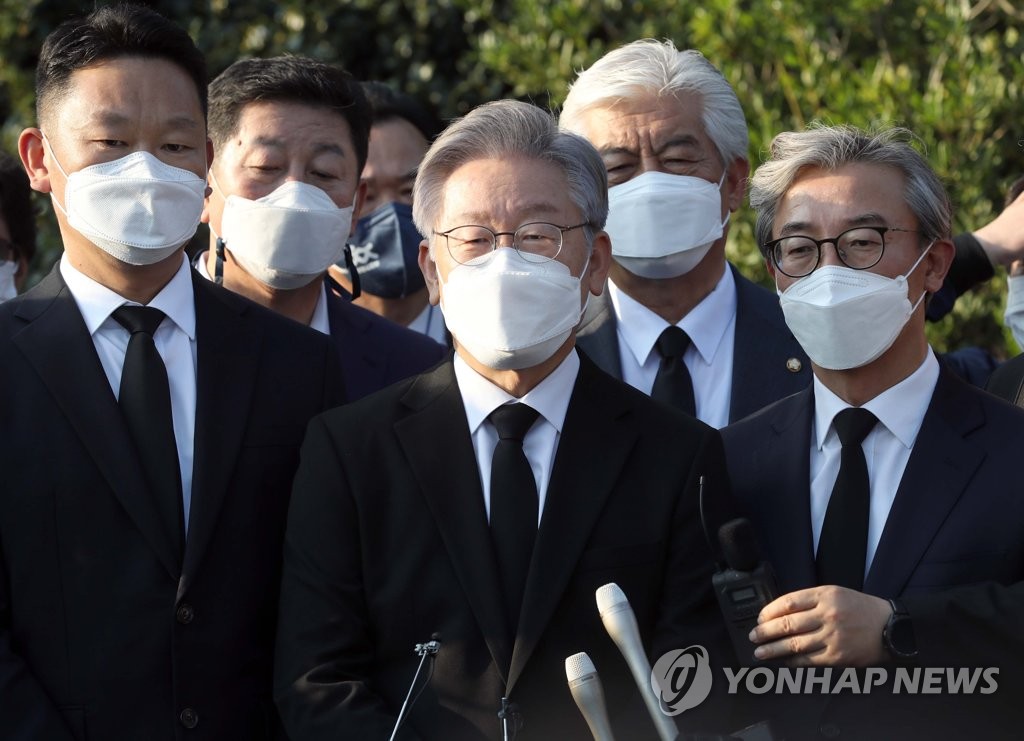