SEOUL, Oct. 23 (Yonhap) -- Former U.S. Forces Korea (USFK) chief Curtis Scaparrotti has stressed the importance of solidarity between the militaries of South Korea and the United States in the face of continued North Korean threats, an organization dedicated to promoting the alliance said Saturday.

Scaparrotti, who led the USFK from 2013-2016, delivered a lecture on the long-standing alliance Friday, according to the Korea Chapter of the Korea Defense Veterans Association, as tensions resurfaced following the North's recent test of a submarine-launched ballistic missile.

"The former commander said the South Korea-U.S. alliance is a linchpin for security and prosperity in Northeast Asia, and that it is very crucial to solidify the bond between the militaries of South Korea and the U.S. in order to strengthen the alliance," the association said in a press release.

Scaparrotti also underscored that the defense posture of the allied forces should remain firm under any circumstances to deter war and safeguard peace on the Korean Peninsula, it added. 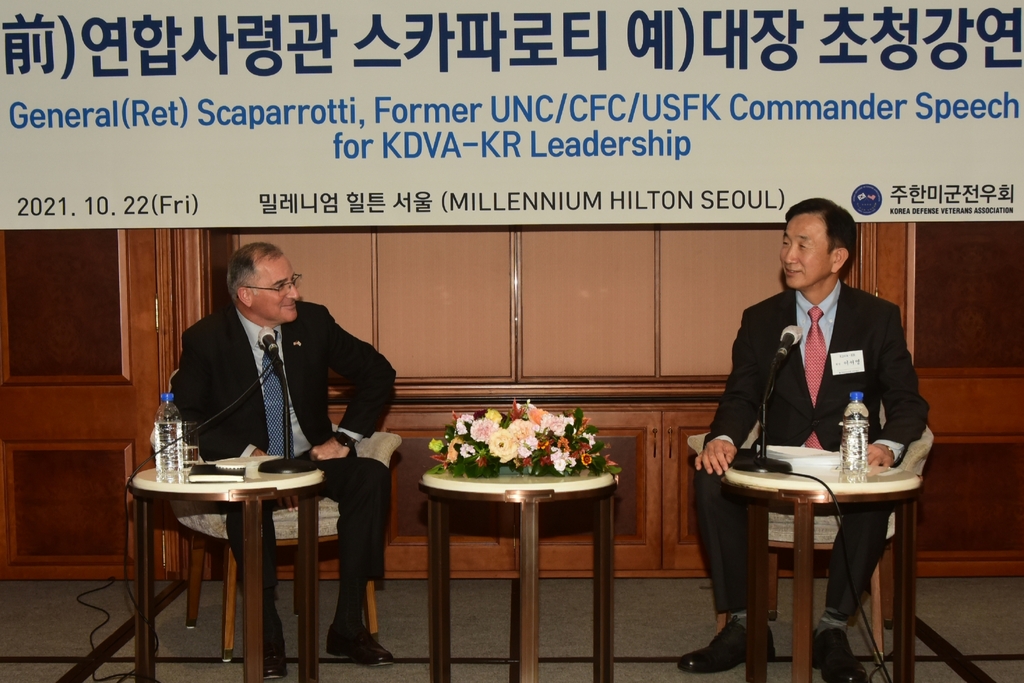