"I look forward to having productive follow-up discussions tomorrow here in Seoul," Kim said in a brief statement upon arriving at Incheon International Airport, just west of Seoul.

He did not take any question from reporters. "Sorry, I have to run," he just said and left the airport. 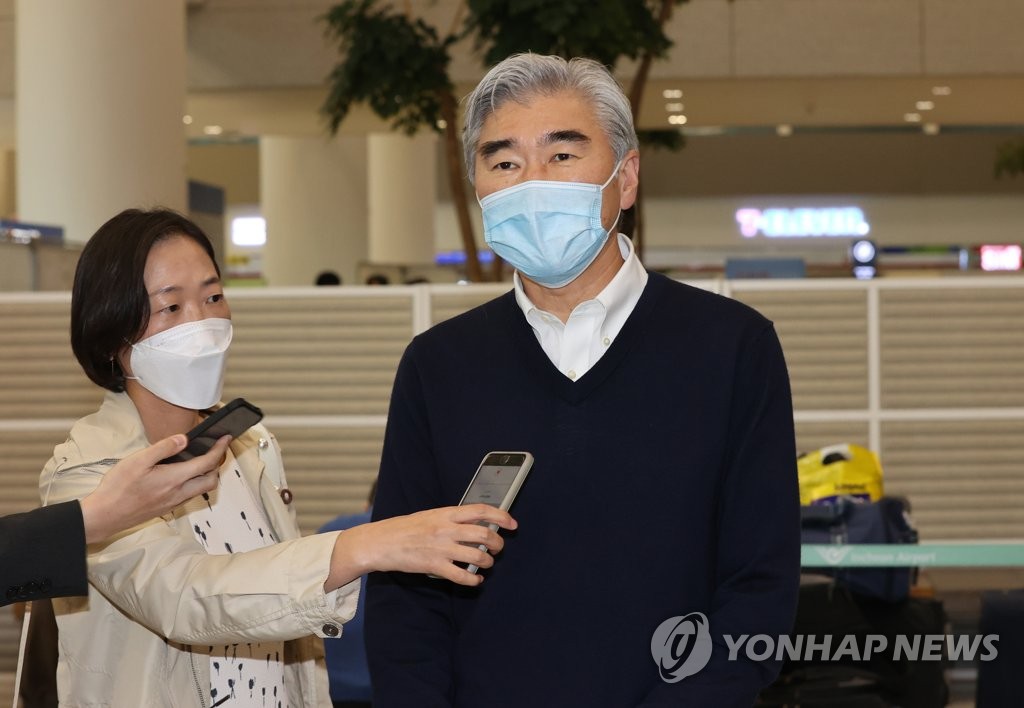 Kim and Noh are expected to discuss how to revive long-stalled talks with Pyongyang, including a proposed end-of-war declaration.

Last month, South Korean President Moon Jae-in used his U.N. National Assembly speech to again propose declaring a formal end to the 1950-53 Korean War. Moon and his aides hope it will serve as a catalyst to resume talks with North Korea and reinvigorate the long-stalled Korea peace process.

The U.S. envoy is scheduled to depart Seoul later Sunday for Jakarta, where he doubles as ambassador, according to an informed source.

Denuclearization talks between Washington and Pyongyang remain stalled since the no-deal Hanoi summit in 2019.

South and North Korea technically remain at war, as the war finished with an armistice, not a peace treaty.