SEOUL, Oct. 24 (Yonhap) -- The U.S. special representative for North Korea said Sunday that he looks forward to continuing exploring different options with South Korea to resume dialogue with North Korea, including the proposed declaration of a formal end to the 1950-53 Korean War.

Sung Kim also reiterated Washington's willingness to help address the North's humanitarian concerns for its people in need, while urging Pyongyang to stop missile launches, which he cast as "concerning and counterproductive."

Kim made the remarks soon after he held talks with his South Korean counterpart, Noh Kyu-duk, to discuss joint efforts to resume stalled nuclear diplomacy.

"I look forward to continuing to work with special representative Noh to explore different ideas and initiatives, including the ROK's end-of-war proposal as we continue to pursue our shared objectives on the peninsula," Kim said, referring to South Korea's official name, Republic of Korea. 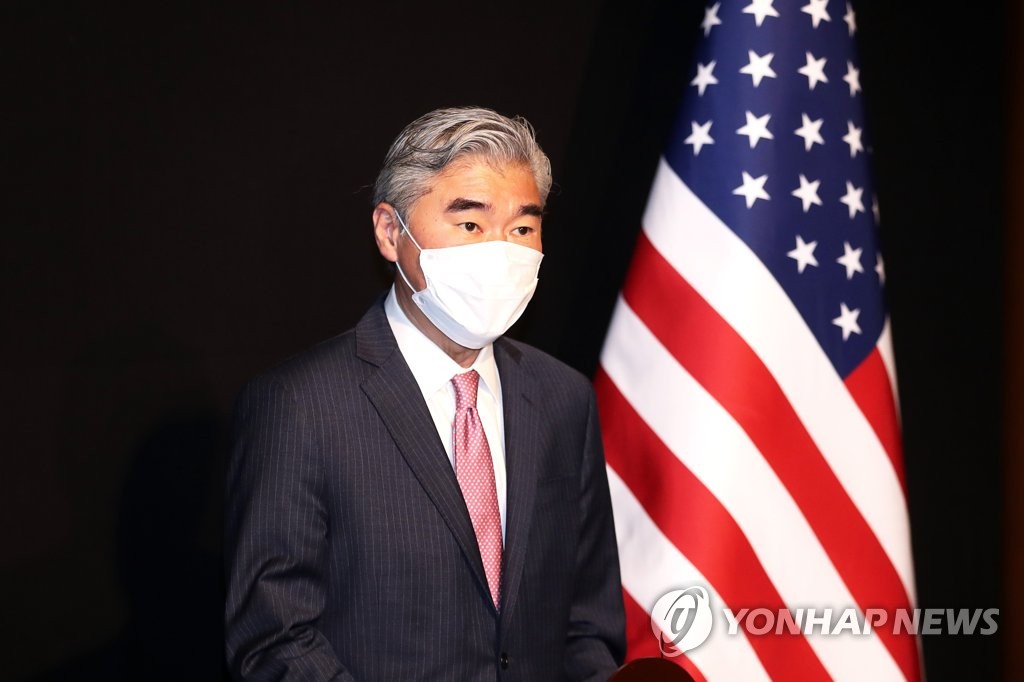 "We hope the DPRK will respond positively to our outreach." the U.S. diplomat said, referring to North Korea by its official name, the Democratic People's Republic of Korea.

"We'll also prepare to work cooperative with the DPRK to address areas of humanitarian concern to help the most vulnerable North Koreans," he added.