Miranda got his 224th strikeout of the 2021 Korea Baseball Organization (KBO) season Sunday against the LG Twins, surpassing a 37-year-old record held by the late Lotte Giants legend Choi Dong-won.

Miranda's record-breaking strikeout came against Hong Chang-ki for the second out in the top of the third inning at Jamsil Baseball Stadium in Seoul. 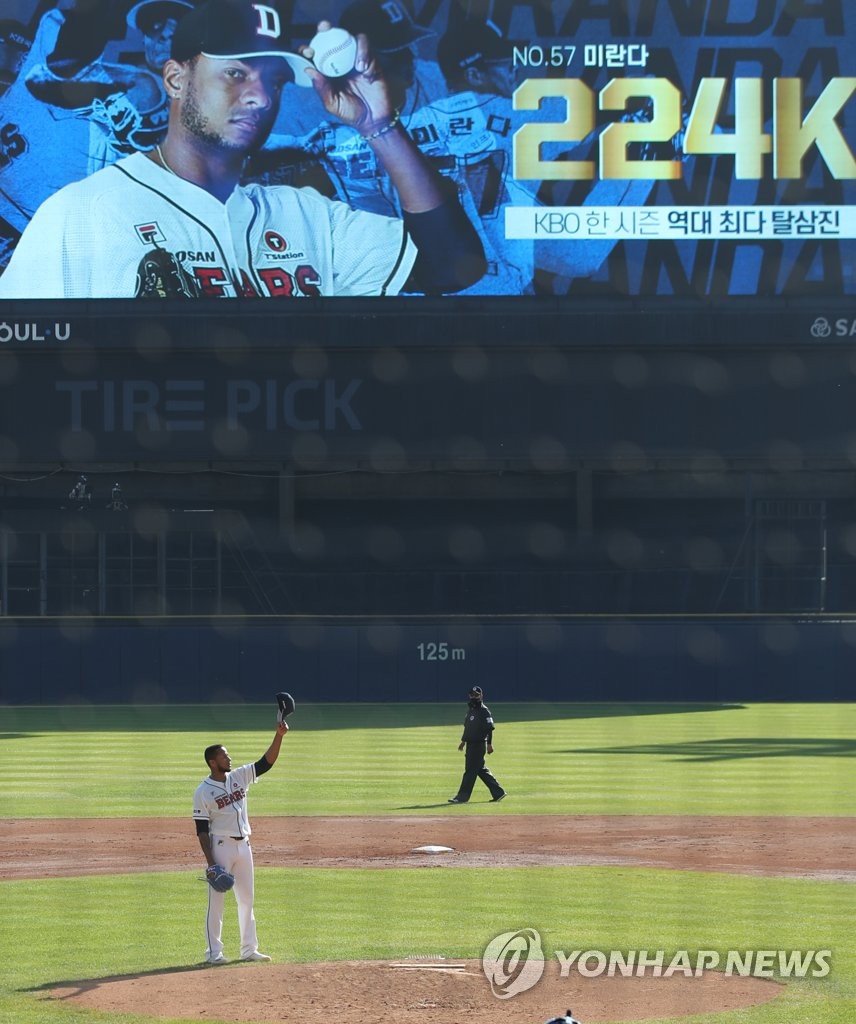 Miranda had a strikeout in the first inning and picked up another in the second inning to pull into a tie with Choi.

Then with one out in the third, Miranda got Hong to whiff on a 1-2 forkball for the record.

Miranda extended his record by striking out Lee Jae-won in the fourth inning but was pulled with one out in the fifth inning after frittering away a 2-0 lead.

Miranda walked the first three batters of that inning to load the bases. Chae Eun-seong cashed in a run with a sacrifice fly, and Oh Ji-hwan delivered a game-tying single to center.

That spelled the end of Miranda's day. He was charged with two runs on three hits and a season-high seven walks in 4 1/3 innings. 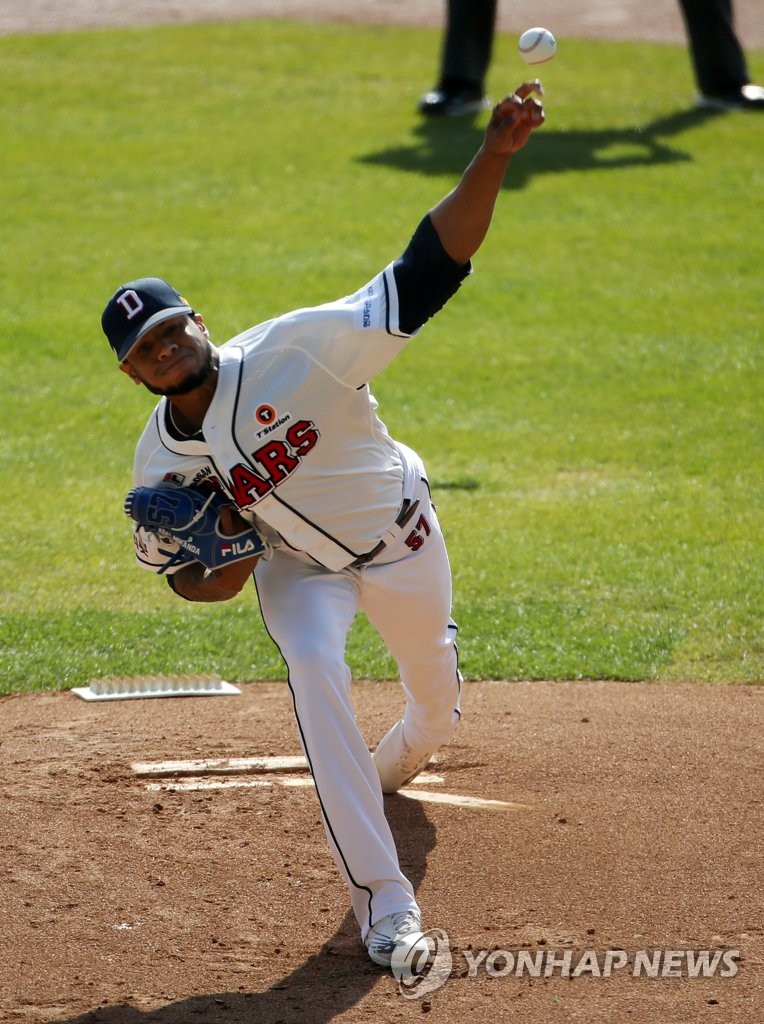 This snapped Miranda's streak of quality starts -- pitching at least six innings and allowing three or fewer earned runs -- at 19.

The Bears regained a two-run lead with a two-run sixth, but the Twins responded with a run each in the seventh and the ninth. The Bears then walked off on the Twins 5-4 in the bottom ninth, courtesy of an RBI groundout by Park Kun-woo.

Miranda may make one more start before the regular season ends next Saturday. 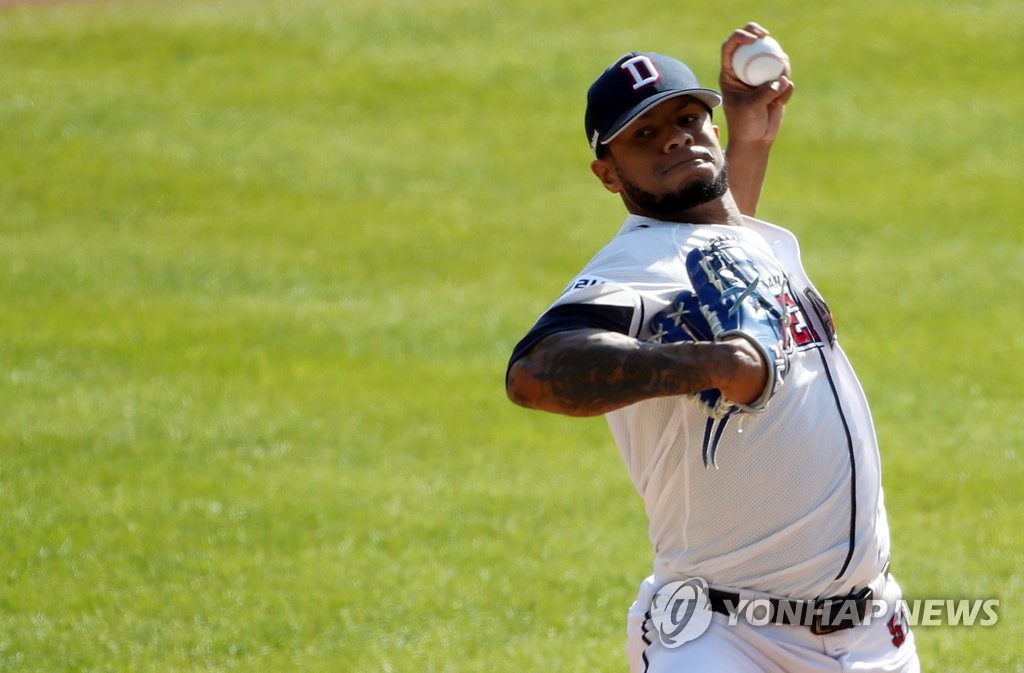 This is Miranda's first season in the KBO. The 32-year-old Cuban was signed by the Baltimore Orioles as an amateur free agent in 2015 and made his big league debut the following year.

Miranda leads the KBO with a 2.33 ERA and 225 strikeouts. He remains third in wins with 14, two behind David Buchanan of the Samsung Lions. 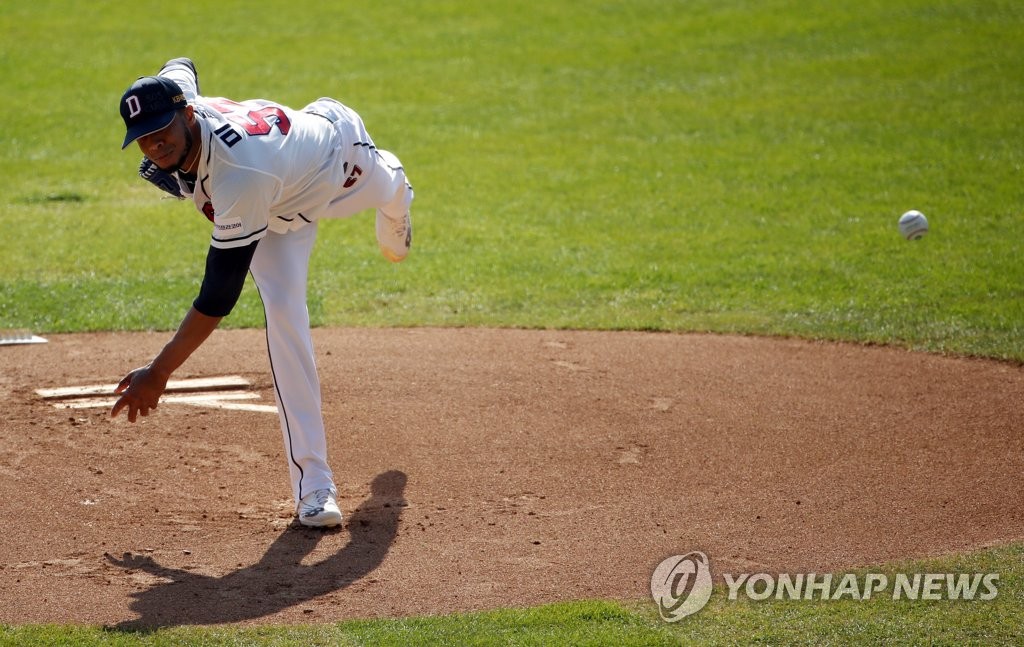