(ATTN: UPDATES with details in paras 7-8)

Many of his supporters are widely viewed as having a negative sentiment to the governor. 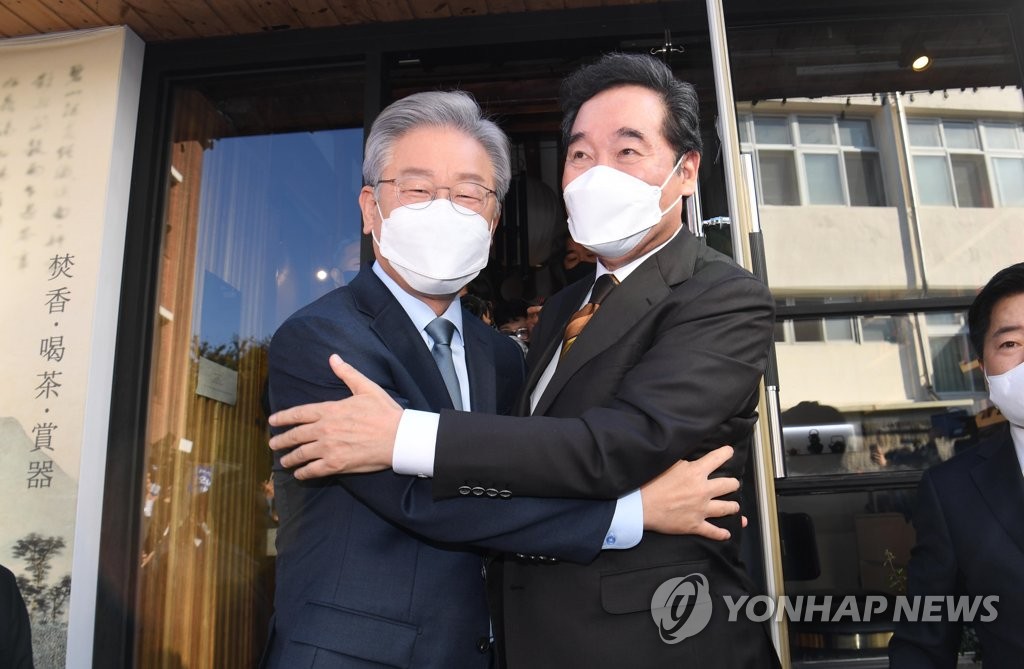 Their meeting is expected to accelerate the move to launch the DP's presidential election task force. The former DP head plans to assume the role of "standing adviser" at the camp.

The governor has decided to resign from his current post at the provincial government this week for a full-scale election campaign.

Moon's single five-year term is to finish in May next year, with the election to pick his successor scheduled to take place two months earlier.