Ko defeated countrywoman Lim Hee-jeong in a playoff to claim the BMW Ladies Championship in Busan, some 450 kilometers southeast of Seoul. This was Ko's fourth LPGA win of 2021 and 11th of her career. She cashed in a winner's check of US$300,000. 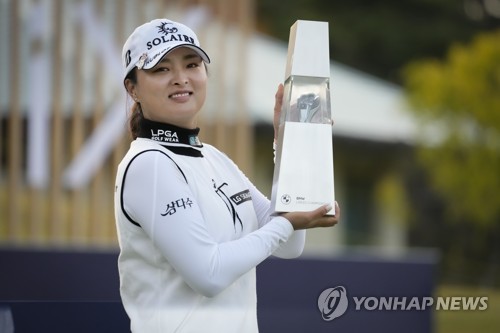 Ko shot a bogey-free 64 Sunday to finish regulation at 22-under 266, erasing a four-shot final round deficit and forcing the playoff at the par-72 LPGA International Busan.

In the sudden-death playoff that began at the 18th, Ko came through with an outstanding hybrid shot and sank a short birdie putt to close out the deal.

Ko will snatch the No. 1 ranking back from Nelly Korda of the United States, who didn't play in Busan.

Ko, who first rose to No. 1 in 2019 and spent the entire 2020 season there, had ceded the top spot to Korda in June this year but has crept back up thanks to her second-half surge.

Ko also moved past Korda for first place in the LPGA Player of the Year points standings, 176-161, with two tournaments left. Each tournament win is worth 30 points.

"I was four strokes back, and I knew Hee-jeong is such a solid player. I figured I'd do well to finish second," Ko said. "So I was fairly relaxed. I didn't play as well as I'd hoped in the first round (with a 71). I decided I had nothing to lose. and I wanted to stay aggressive for my last three rounds. I had a lot of confidence in both my ball striking and putting." 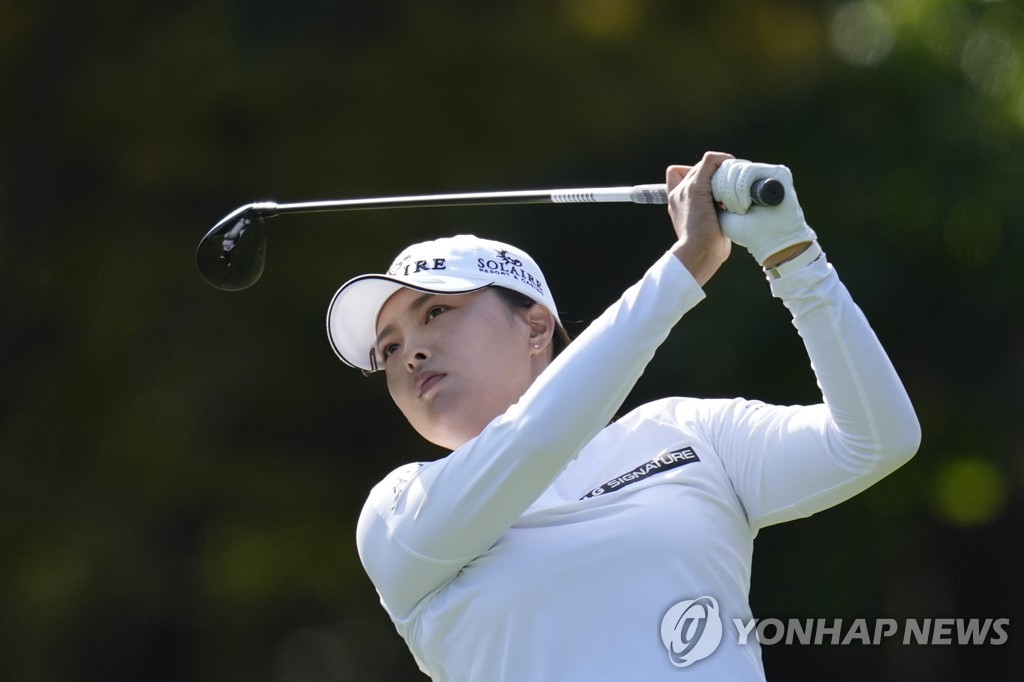 The late Ku Ok-hee became the first South Korean to win in LPGA in 1988. Over the past 33 years, 48 South Korean golfers have combined for 200 LPGA victories.

Ko has been responsible for the past four Korean victories. She is now the only four-time LPGA winner this year, and this is her second season with at least four victories, along with 2019.

Ko caught fire early Sunday, with three consecutive birdies starting on the second hole moving her to 17-under, just one behind Lim. 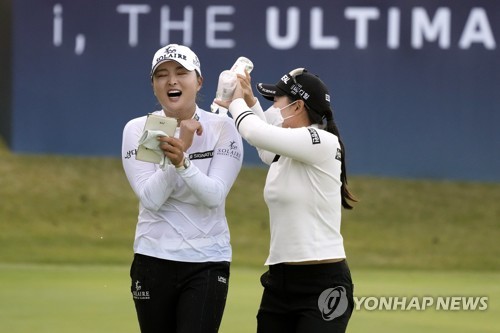 Lim, after five straight pars to begin her final round, went back up by two shots with her first birdie of the day at the sixth hole. But then Ko caught Lim at 19-under thanks to consecutive birdies at seventh and eighth.

The two players matched birdies at the ninth hole and made the turn tied at 20-under, with An Narin, playing in the final group with the two co-leaders, sitting three strokes back.

The back nine was essentially a match play between Ko and Lim. Ko grabbed the lead at 21-under with a long birdie at the 12th, which came moments after Lim nearly chipped in for a birdie on the same green.

Lim pulled back into a tie with a birdie at the 14th, as the specter of a playoff loomed.

Determined to finish the deal in regulation, Lim birdied the par-five 15th to reclaim her lead at 22-under. Ko settled for par after missing the fairway off the tee. 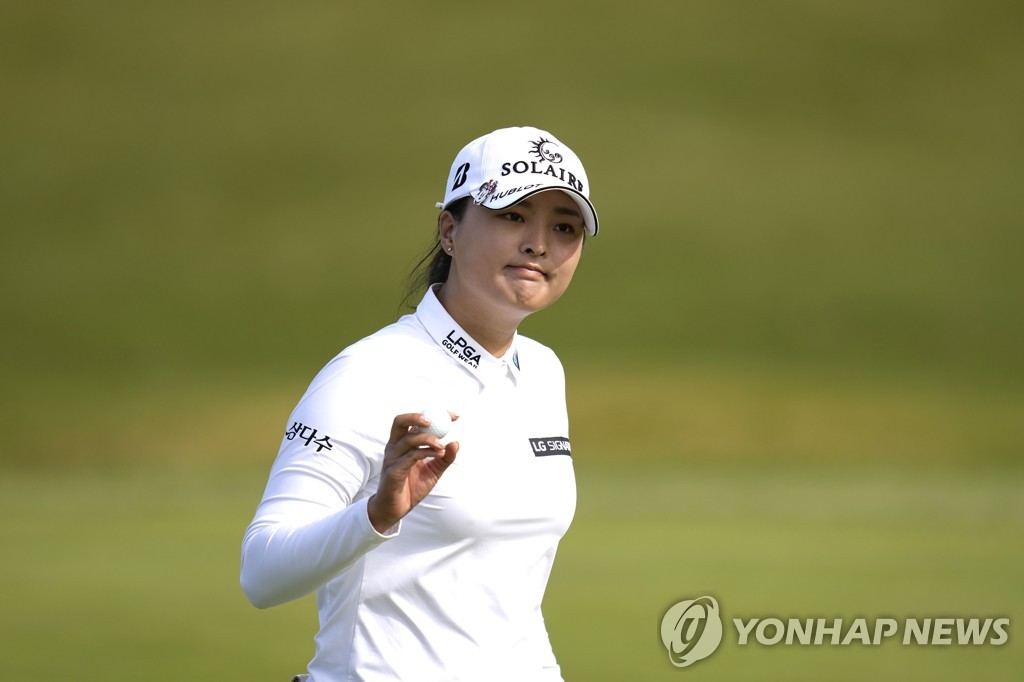 But more drama awaited the two over the final stretch.

Ko pulled her drive on the 17th but put her second shot just a few feet below the hole for a birdie opportunity.
Lim split the fairway with her tee shot but then missed the green short and right.

When Lim's first putt didn't come close to the cup, Ko, sensing the slight opening, drained her birdie putt to once again tie Lim at 22-under.

Both found the fairway off the 18th tee and landed their second shots safely on the huge green. From way left of the cup, Ko lagged her first putt beautifully to set up a tap-in par.

Lim was much closer to the hole with her initial attempt and two-putted from there for a par that sent the tournament to the playoff.

The two players went back to the 18th tee for the first playoff hole. And standing about 200 yards from the pin, Ko landed her hybrid shot in the front portion of the green and watched it roll toward the back pin for a shockingly easy birdie opportunity.

Lim sent her much longer birdie attempt well past the hole and settled for par.

Ko made no mistakes and secured her LPGA-best fourth win of 2021.

Lim didn't have a bogey over 73 holes for four days and still couldn't come up with a win. 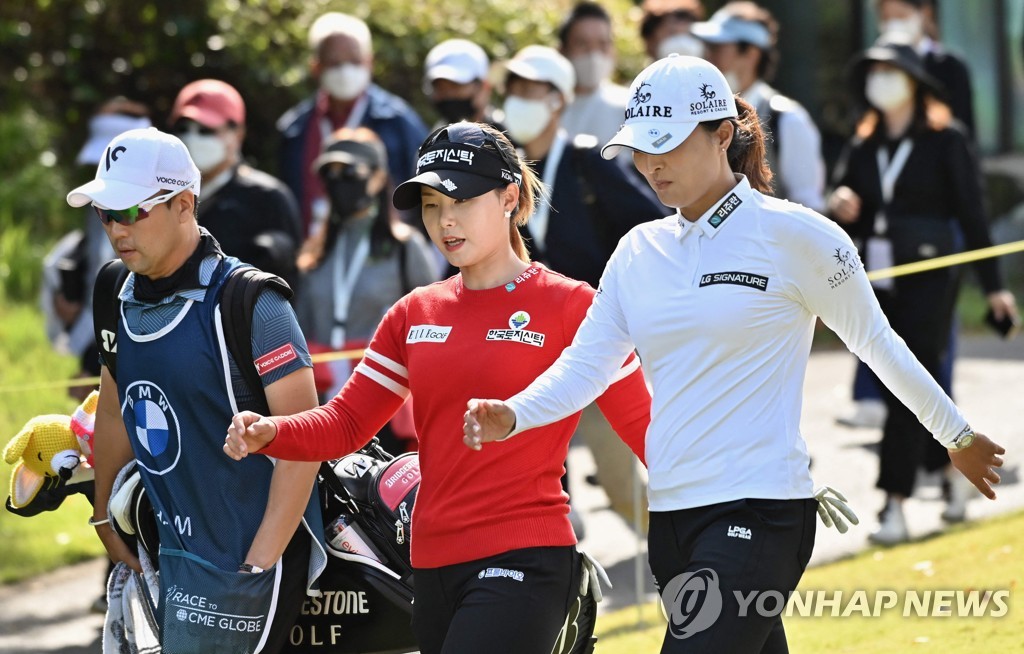