With 33 matches in the books, the top six teams made into "Final A," while the rest ended up in "Final B." They will play five more matches within their respective groups to finish out the season. 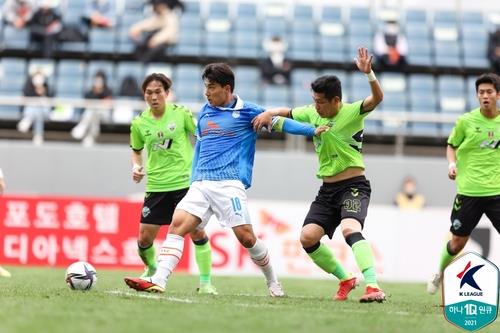 The last three spots in Final A were on the line Sunday, and Suwon FC, Jeju United and Suwon Samsung Bluewings grabbed those berths.

Suwon FC lost to Gwangju FC 3-1 to stay at 45 points. Jeju managed a 2-2 draw with Jeonbuk to move to 45 points as well, while Suwon Samsung Bluewings improved to 45 points thanks to a 2-0 win over Daegu FC.

Pohang Steelers, who recently reached the final of the Asian Football Confederation (AFC) Champions League, lost to Incheon United 1-0 to remain at 42 points, good for only seventh place.

Jeonbuk squeezed past Ulsan Hyundai FC, the 2-1 losers against Seongnam FC on Sunday, into the top spot.

Jeonbuk and Ulsan have identical records with 18 wins, 10 draws and five losses for 64 points, but Jeonbuk have scored four more goals than Ulsan, 58 to 54.

Ulsan finished runners-up to Jeonbuk in each of the past two years.

The league will announce fixtures for the remaining matches in the coming days. 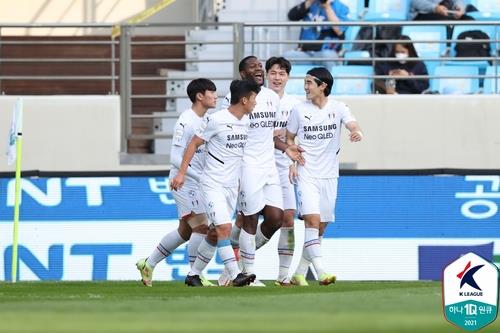