SEOUL, Oct. 24 (Yonhap) -- Three decades after celebrating a breakthrough victory, South Korea enjoyed the 200th LPGA title by one of its own Sunday.

That the milestone win came on a South Korean course made the feat even sweeter.

Ko Jin-young had the honor by capturing the BMW Ladies Championship in Busan, about 450 kilometers southeast of Seoul. Ko defeated fellow South Korean Lim Hee-jeong with a birdie on the first playoff hole at LPGA International Busan. 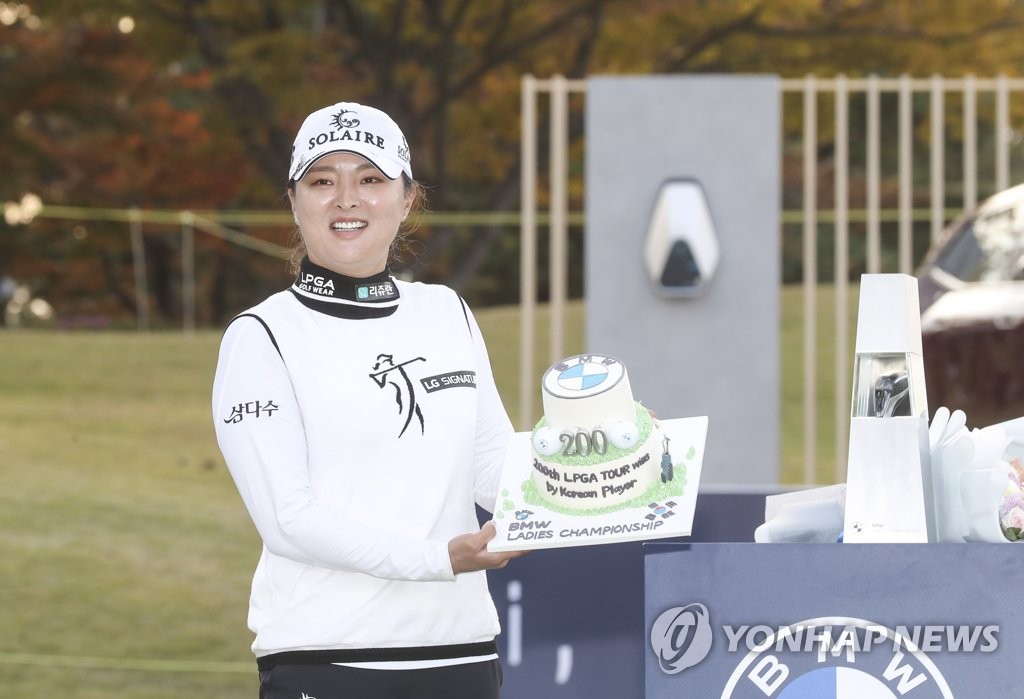 Ko has been responsible for the past four wins on the South Korean LPGA title list.

"Through No. 199, I knew I had contributed about 5 percent of the wins, and I felt honored," said Ko, now an 11-time winner. "And it's an even bigger honor to grab the 200th win at home. I feel very fortunate to have pulled this off."

The late Ku Ok-hee became the first South Korean to win on the LPGA Tour in March 1988, at the Standard Register Turquoise Classic.

Ko Woo-soon won the Toray Japan Queens Cup in 1994 and 1995, when the Japanese tour event was co-sanctioned by the U.S. tour.

But it wasn't until 1998 that the country saw another LPGA winner on American soil. Pak Se-ri burst onto the scene that season, winning four titles, including two majors, as a rookie.

Though Ko had the first win, it was Pak, Kim Mi-hyun and Park Ji-eun that formed the first generation of truly successful LPGA golfers from South Korea. These three combined for 39 victories, with Pak's 25 still the most by a South Korean player. 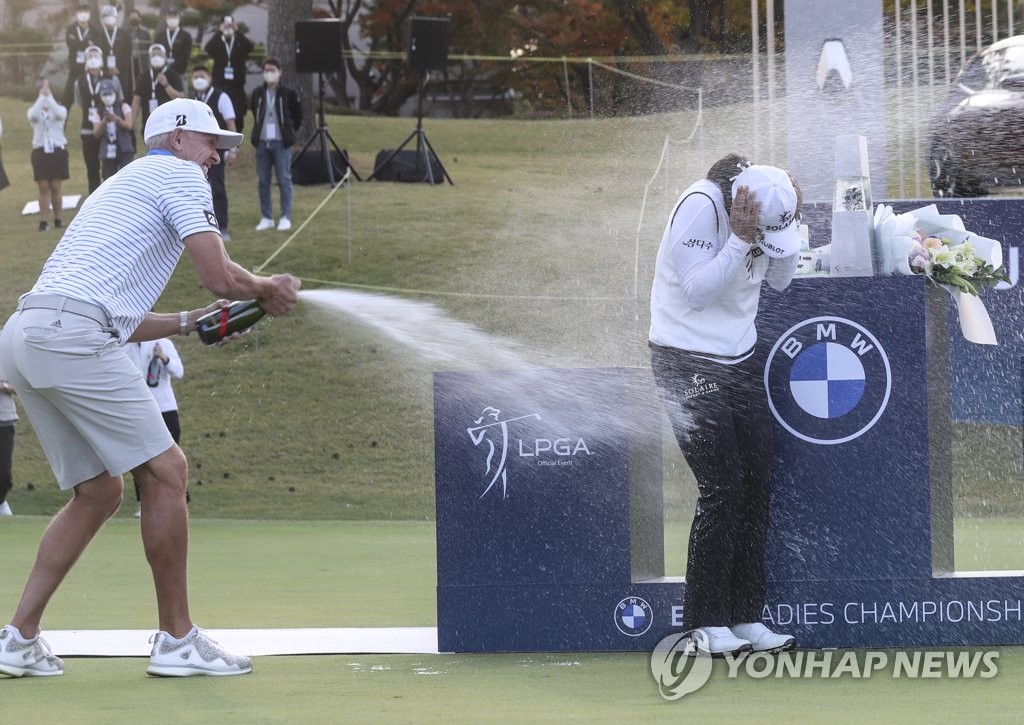 They inspired a whole generation of players who came along in the late 2000s. The leader of that pack is Park In-bee, who is second on the South Korean wins list with 21 and who has already passed Pak with seven majors.

Three other South Koreans have reached double figures: Kim Sei-young with 12, and Shin Ji-yai and Ko with 11 apiece.

In all, 48 different South Korean players have been in the LPGA winner's circle.