SEOUL, Oct. 25 (Yonhap) -- South Korea will unveil measures to curb household debt in a way that "strikes a balance" between toughening lending rules based on borrowers' repayment capability and protecting those in actual need of loans for home rentals, the head of the country's financial regulator said Monday.

The Financial Services Commission (FSC) is expected to announce a set of measures to tame soaring household debt this week, likely to focus on speeding up implementation of stricter rules on lending based on one's income through the so-called the debt service ratio (DSR).

DSR measures how much a borrower has to pay for principal and interest in proportion to his or her yearly income, which serves as a ceiling on aggregate lending. The government has applied stricter DSR rules since July and plans to toughen restrictions "in stages" over the next few years.

"We have drawn up measures ... focusing on enhancing the practical effect of the DSR system so as to help the repayment-focused lending practices take root," FSC Chairman Koh Seung-beom told lawmakers.

"At the same time we have endeavored to strike a balance by especially trying to protect vulnerable people and others in actual need," he added, apparently referring to those seeking to borrow money for home rentals.

The measures to be announced this week are the latest in a series of steps the government has unveiled to keep a lid on fast-growing household debt and prevent it from weighing on the country's overall economic recovery from the fallout of the coronavirus pandemic.

Koh expressed concerns over the pace of household debt growth in the process of recovering from the pandemic, saying that it could emerge as the most dangerous risk for the economy.

Household credit reached a record high of 1,805.9 trillion won (US$1.53 trillion) in June, up 41.2 trillion won from three months earlier, according to data by the Bank of Korea.

The central bank recently kept its policy rate unchanged at 0.75 percent for October after a quarter percentage-point increase in August, but hinted at the possibility of another rate hike next month amid worries over rising inflation and household debt. 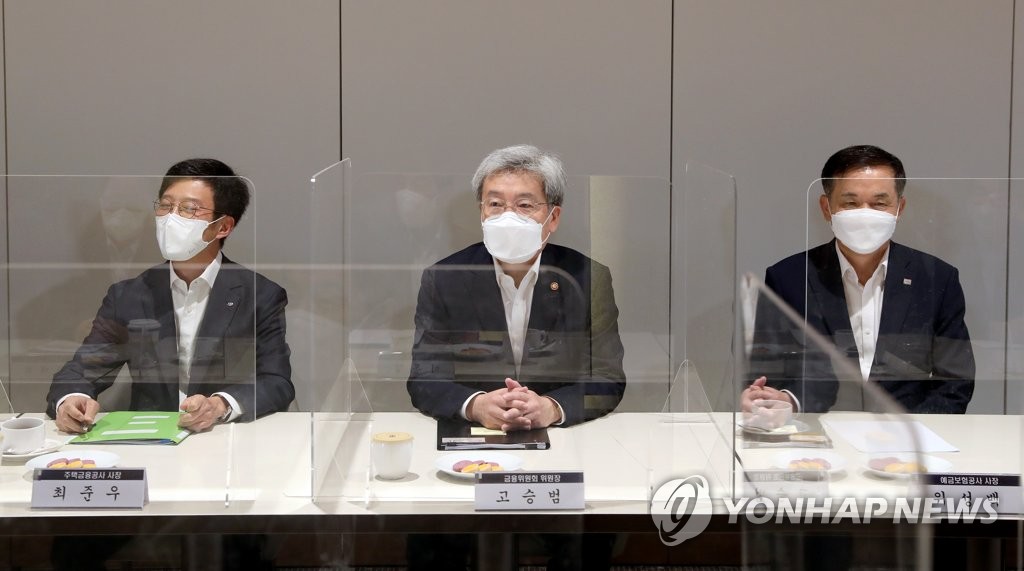 S. Korea to unveil measures to enhance efficacy of lending rules based on repayment capacity

S. Korea to unveil measures to enhance efficacy of lending rules based on repayment capacity