A government-led committee announced a draft roadmap meant to get people's lives back to normal on a gradual basis.

The move came as 70.1 percent of 52 million South Koreans were fully vaccinated in eight months after the country kicked off its nationwide inoculation campaign.

The government will relax most of its coronavirus restrictions, such as nighttime curfews on cafes, restaurants and other multi-use facilities under the "living with COVID-19" scheme to be carried out in three phases starting on Nov. 1.

Currently, cafes and restaurants in the greater Seoul area -- home to about half of the country's population of 52 million -- are allowed to operate until 10 p.m. while in the other parts of the country are allowed until midnight. Operation hours of such facilities will be completely free starting on Nov. 1, according to the authorities. 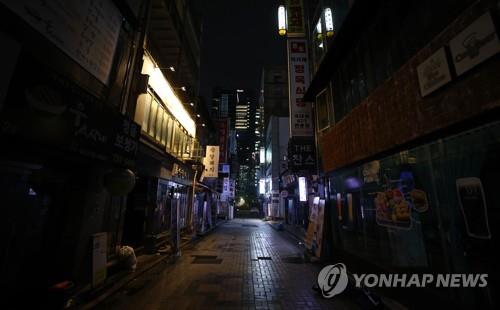 Business of entertainment facilities, including clubs and other kinds of nighttime facilities, in the greater Seoul area, have been banned since June while in other parts of the country have been allowed until 10 p.m. Under the first phase of the scheme, business hours of such facilities will be allowed until midnight.

The authorities will introduce the "vaccine pass" system, which requires a vaccination certificate or a negative test result for entry into multi-use facilities, such as entertainment facilities and indoor gyms.

Those who are not subject for inoculation due to medical reason, or people aged 18 or younger, will be excluded from this system.

The second level of the scheme will be focused on allowing large-scale events such as concerts and is expected to kick off in mid-December, according to the authorities.

Large-scale K-pop concerts or street rallies will be allowed by adopting such vaccine pass system, according to the plan. 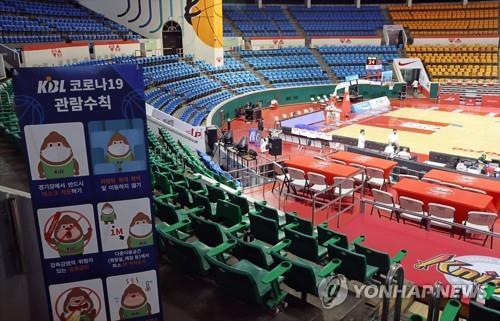 Nighttime curfews on entertainment facilities will be completely lifted under the second step of the scheme.

The first case of such vaccine pass is sports events that have been played with few spectators in attendance.

Starting earlier this month, professional sports teams in Seoul and surrounding cities are permitted to accept fans at a maximum of 30 percent of stadium capacity, provided that they are fully vaccinated. For indoor venues, such as basketball and volleyball arenas, the size of the crowd is capped at 20 percent.

The ceiling is expected to increase up to 75 percent during the second level, according to the authorities.

The final stage of the scheme is expected to kick off in late January, which will focus on completely lifting restrictions on private gatherings.

Currently, the ceiling on private gatherings has been raised to allow up to eight people to meet in Seoul and its surrounding areas, provided that four of them are fully vaccinated. A maximum of 10 people, including six fully vaccinated, are allowed to gather in other regions.

Private gatherings of up to 10 people, regardless of vaccination, will be allowed until the second level and the ceiling will be completely gone by the third level.

However, the government will maintain mandatory masks both inside and outdoor until the last phase of the scheme.

The committee is comprised of a total of 30 private sector experts and eight government officials to discuss ways to carry out the envisioned transition in the economic, education, security, coronavirus control and quarantine sectors.

The committee is scheduled to hold its second meeting on Wednesday and announce its final roadmap on Friday.