SEOUL, Oct. 25 (Yonhap) -- SK Group has promised to create 27,000 new jobs over the next three years as part of the government's youth job and education support project, the Prime Minister's Office said Monday.

South Korea's third-largest conglomerate, which has the country's No. 2 chipmaker, SK hynix Inc., and refinery-to-battery giant SK Innovation Co. under its wing, will hire 9,000 people annually for three consecutive years, and run internship programs to foster 1,200 young talents over that period.

The plan was revealed during a partnership announcement event between SK Group and the Prime Minister's Office on the government's youth job and education support program titled "Youth Hope ON" held at SK hynix headquarters in Icheon, 80 kilometers southeast of Seoul.

The event was attended by Prime Minister Kim Boo-kyum, SK Group Chairman Chey Tae-won, and other senior officials from the government and the group.

"This plan will deliver a big hope to young people," Kim said.

Under the "Youth Hope ON" project, the government provides financing to foster young talents, while a company offers education programs. 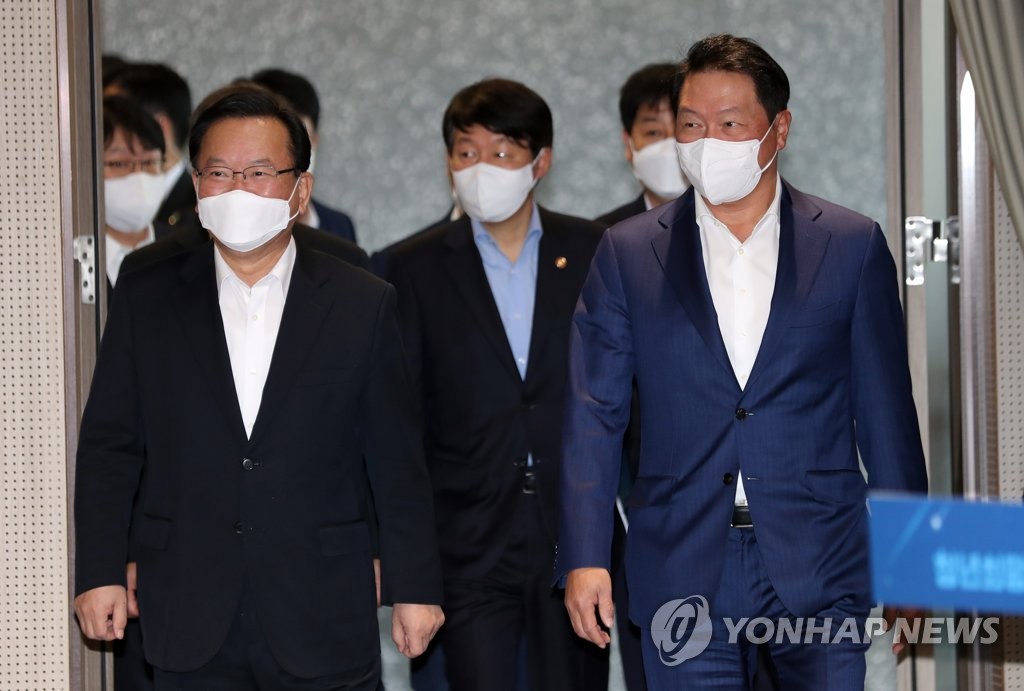 Based on its environmental, social and governance (ESG) principal, SK said it will focus on creating youth jobs in its leading business areas, such as batteries, semiconductors and biopharmaceuticals.

"Through cooperation with universities and research centers, we will foster workers required in promising industries while supporting our partners' talent recruitment programs to improve the competitiveness of the overall supply chain," SK Group chief Chey said.

SK is the fourth conglomerate to join the Youth Hope ON project after KT, Samsung and LG.

With the latest partnership, the four conglomerates are committed to creating a total of 108,000 new youth jobs over the next three years, according to the Prime Minister's Office, adding that it is in talks with other big companies for the youth job project.