Despite the measures, however, some anti-virus restrictions, including a mask-wearing rule, will remain in place after November to continue to slow the spread of the virus, Moon said in a budget speech at the National Assembly.

Some 35.9 million of the nation's 51.3 million population had been fully vaccinated as of Saturday, marking a precondition set by the government to return to normalcy.

"Based on stable containment and high vaccination rates, we are commencing a gradual return to normal life," Moon said. "It will begin being implemented in earnest in November."

Describing the return to normalcy as a "threshold of hope," Moon pledged to provide support for small merchants and vulnerable people hit by the pandemic. 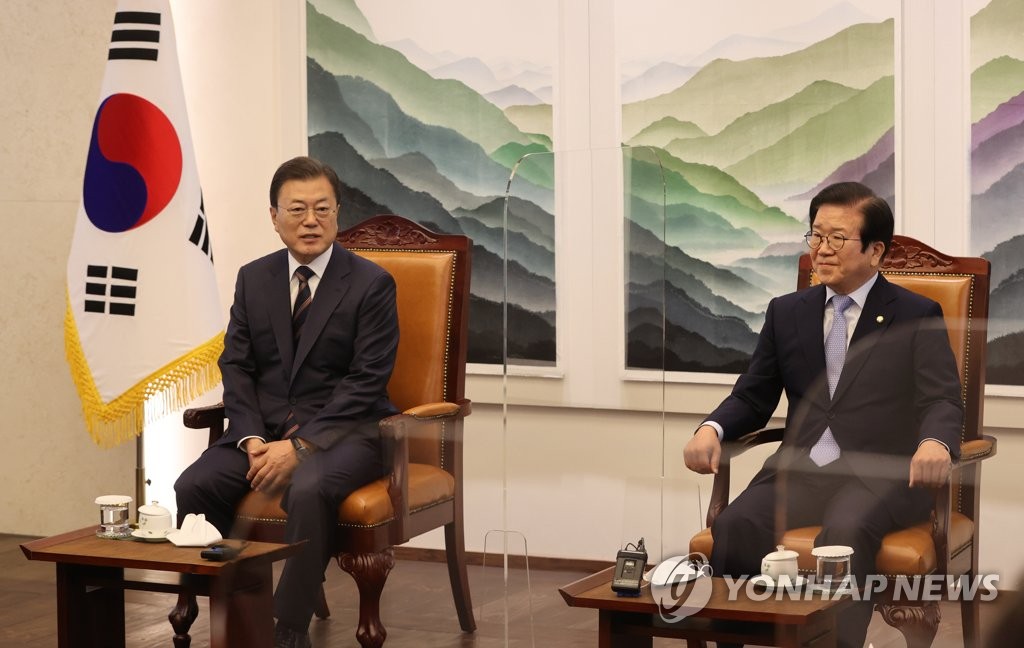 South Korea has proposed a record high budget of 604.4 trillion won (US$519 billion) for next year as it plans to maintain expansionary fiscal spending to cement the economic recovery and narrow social gaps caused by the pandemic.

The proposed budget marked an 8.3 percent on-year rise from this year's 558 trillion-won budget.

Moon said the 2022 budget proposal is aimed at helping the nation move beyond the era of crises and leap forward to become a leading nation.

One of the top priorities in next year's budget proposal is to resuscitate people's livelihoods by surmounting the crisis at an early date and achieving a fast and strong economic recovery, Moon said.

On North Korea, Moon vowed to push for "dialogue and diplomacy" to achieve peace and prosperity on the Korean Peninsula.