Small businesses and self-employed people hit hard by antivirus measures will be able to see their sales pick up while in-person classes will fully resume and welfare centers will get back to normal operation, Moon said in a budget speech at the National Assembly.

The speech came a day after the government announced that some 35.9 million of the nation's 52 million population had been fully vaccinated as of Saturday, marking a precondition set by the government to return to normalcy.

"Based on stable containment and high vaccination rates, we are commencing a gradual return to normal life," Moon said. "It will begin being implemented in earnest in November."

Describing the return to normalcy as a "threshold of hope," Moon pledged to provide support for small merchants and vulnerable people hit by the pandemic.

Despite the measures, however, some antivirus restrictions, including a mask-wearing rule, will remain in place after November to slow the spread of the virus, he said. 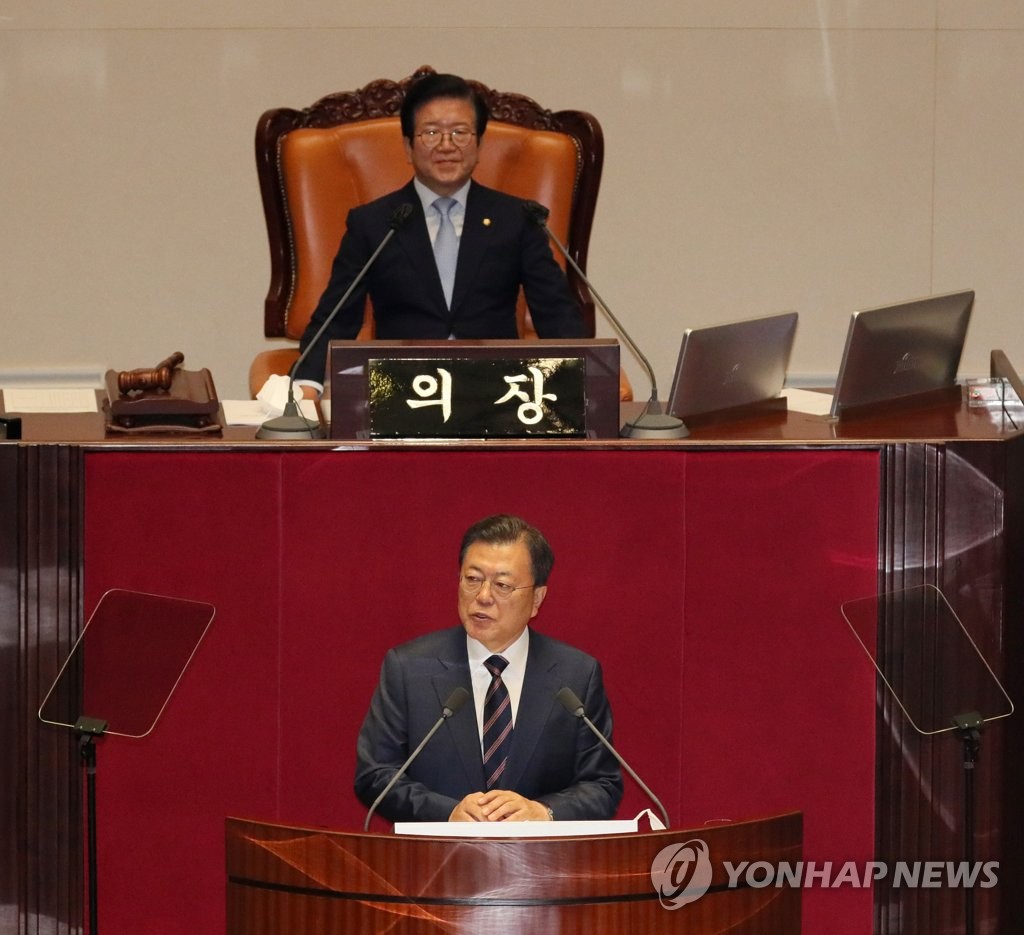 South Korea has proposed a record high budget of 604.4 trillion won (US$519 billion) for next year as it plans to maintain expansionary fiscal spending to cement the economic recovery and narrow social gaps caused by the pandemic.

The proposed budget marked an 8.3 percent on-year rise from this year's 558 trillion-won budget.

Moon said the 2022 budget proposal is aimed at helping the nation move beyond the era of crises and leap forward to become a leading nation.

One of the top priorities in next year's budget proposal is to resuscitate people's livelihoods by surmounting the crisis at an early date and achieving a fast and strong economic recovery, Moon said.

"In order to safeguard the people's livelihoods, fiscal spending has taken on an even greater role," Moon said.

This year's tax revenue is expected to be bigger than an initial estimate, which was used to draw up next year's budget proposal, Moon said, adding that the government will use some of a surplus in tax revenue to repay the national debt.

On North Korea, Moon vowed to push for "dialogue and diplomacy" to achieve peace and prosperity on the Korean Peninsula, saying peace talks with the North are still "incomplete" despite three inter-Korean summits and a historic summit between the United States and the North.

Last week, South Korea launched its first space rocket, which flew to a target altitude of 700 kilometers but failed to put a dummy satellite into orbit.

Although the full mission was not achieved, Moon labeled the first launch as a "success" in the speech.

"When we take one last step, we can put our satellite into orbit with our own launch vehicle," Moon said.

Housing prices have shown no signs of letting up as more people have taken out bank loans to buy homes in anticipation of higher prices despite a series of government restrictions.

Moon said he will continue to spare no efforts to focus on the economic recovery and reform measures, including real estate measures, until his single, five-year term ends in March.