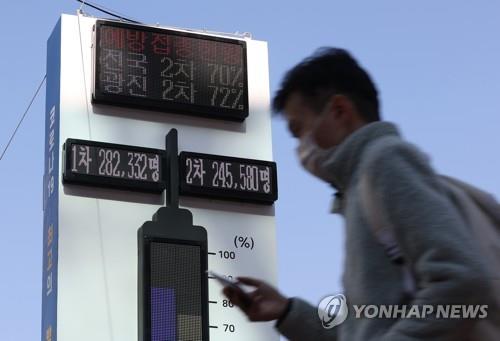 It has recently loosened capacity limits on gatherings, and plans to lift most of pandemic restrictions on business hours and capacity and increase incentives for the fully vaccinated, starting next month, under the "living with COVID-19" scheme.

Under the new scheme, COVID-19 will be treated as an infectious respiratory disease, like seasonal influenza, and the government's coronavirus response will focus more on the prevention of severe hospitalizations and deaths, rather than on infections.

The government is set to announce its first draft of the scheme later in the day.