SEOUL, Oct. 25 (Yonhap) -- Apple TV+, the subscription-based streaming service of tech titan Apple Inc., will be launched in South Korea next week, the company said Monday, heating up the competition in the local streaming market.

Apple announced on its website that it will launch Apple TV+ and its set-top box Apple TV 4K on Nov. 4 here, in partnership with local internet service provider (ISP) SK Broadband Co.

The platform will be the first among the over-the-top (OTT) media services in the country to solely offer original content to its subscribers, the company said.

Apple is set to unveil its Korean-language original series "Dr. Brain," a sci-fi thriller series based on a popular Korean webtoon of the same title.

The service is competitively priced in the country against rivals, with a monthly subscription fee of 6,500 won (US$5.50) compared with Netflix's lowest monthly price of 9,500 won.

Up to six people can simultaneously use an Apple TV+ account.

Apple said it will offer Korean subtitles and dubbing for its content, as well as subtitles for the hearing impaired.

Subscribers can also get recommendations for content available on other streaming services, such as homegrown players Wavve and Watcha, as well as the soon-to-be-launched Disney+, through the Apple TV app.

At the same time, streaming services in South Korea have been accused of free-riding on local internet networks without paying usage fees despite increased traffic.

Last month, SK Broadband said it filed a lawsuit against Netflix to demand network usage fees after a local court ruled against the video streaming giant earlier this year. 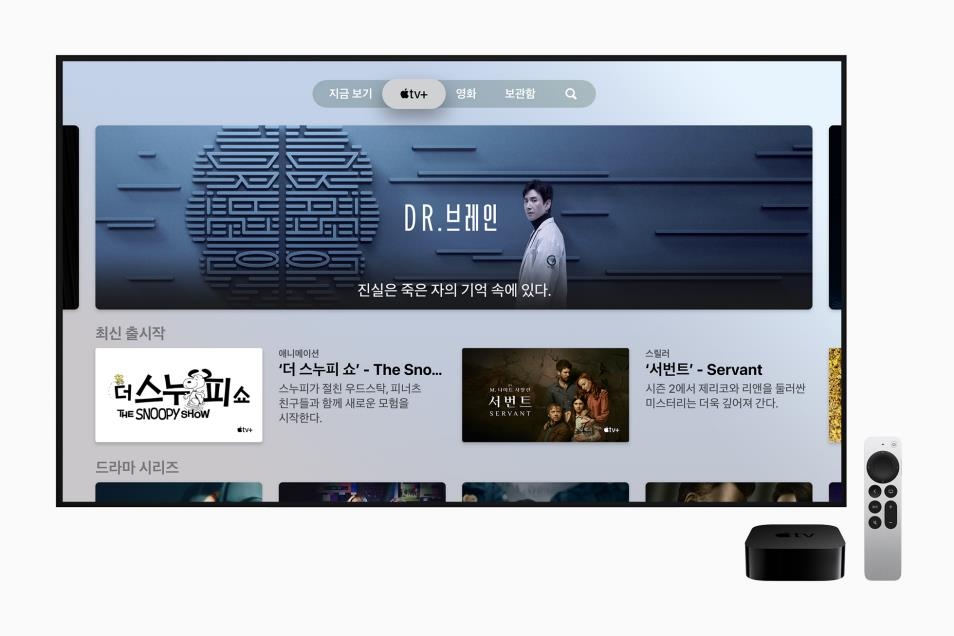