"The intelligence authorities of South Korea and the United States have been closely cooperating and keeping close tabs on the (North Korean military) movements," Col. Kim Jun-rak, the spokesperson of the Joint Chiefs of Staff, told a regular press briefing.

"But there have been no unusual movements," he added.

On Thursday, South Korea fired off its first homegrown space launch vehicle, the KSLV-II, from the Naro Space Center in the country's southern coastal village of Goheung.

The launch came as Pyongyang has called on Seoul and Washington to drop "double standards" in reference to the allies' characterization of its missile activities as "provocations" while rationalizing their own as deterrence.

As the North is banned from using ballistic missile technology under U.N. Security Council sanctions, long-range rocket launches under what it calls a "space development" initiative have long been a subject of international criticism. 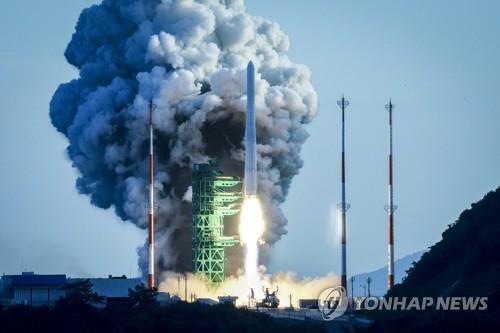