Moon is scheduled to meet with Pope Francis on Friday in Rome, where he plans to attend the Group of 20 Leaders' Summit before traveling to Glasgow to join a U.N. climate change conference next week.

Asked if South Korea will request the pope's early visit to North Korea during the meeting, ministry spokesperson Lee Jong-joo said the two are expected to exchange views on a wide range of issues surrounding the Korean Peninsula.

"We believe the pope's North Korea visit, if materialized, will greatly contribute to building peace on the Korean Peninsula, and thus we have maintained a position to provide support to realize the visit if related discussions make progress," she said. "We will continue the efforts accordingly."

This week's talks will be Moon's second meeting with the pope after they met in October 2018.

During the 2018 meeting, Moon delivered a verbal invitation from North Korean leader Kim Jong-un to which the pope expressed a willingness to visit the North if Pyongyang sends an official invitation.

No progress, however, has been made since then amid a deadlock in nuclear talks between Washington and Pyongyang. 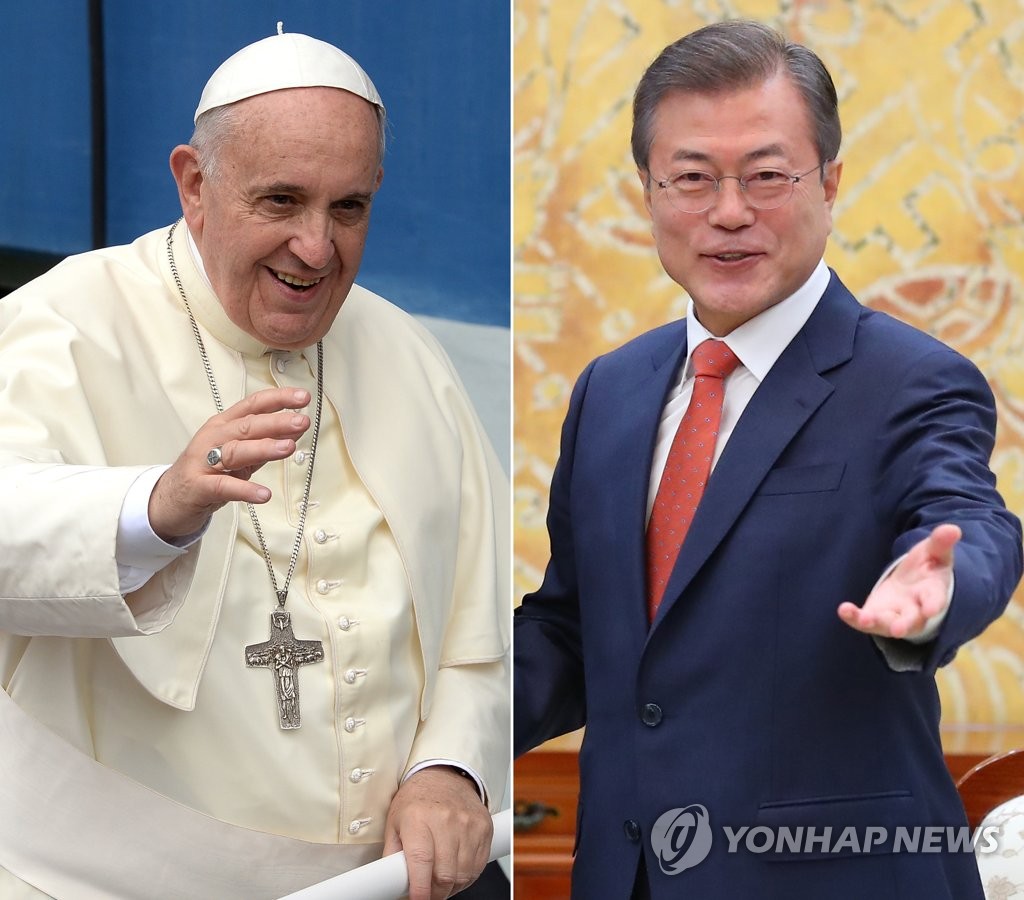