SEOUL, Oct. 25 (Yonhap) -- Gyeonggi Gov. Lee Jae-myung, the presidential nominee of the ruling Democratic Party (DP), announced his resignation from the governorship Monday, saying he will build a nation that is envied by the world.

Lee, who was elected to the governorship in June 2018, is stepping down with eight months left in his term to fully commit himself to the presidential election slated for March 9. 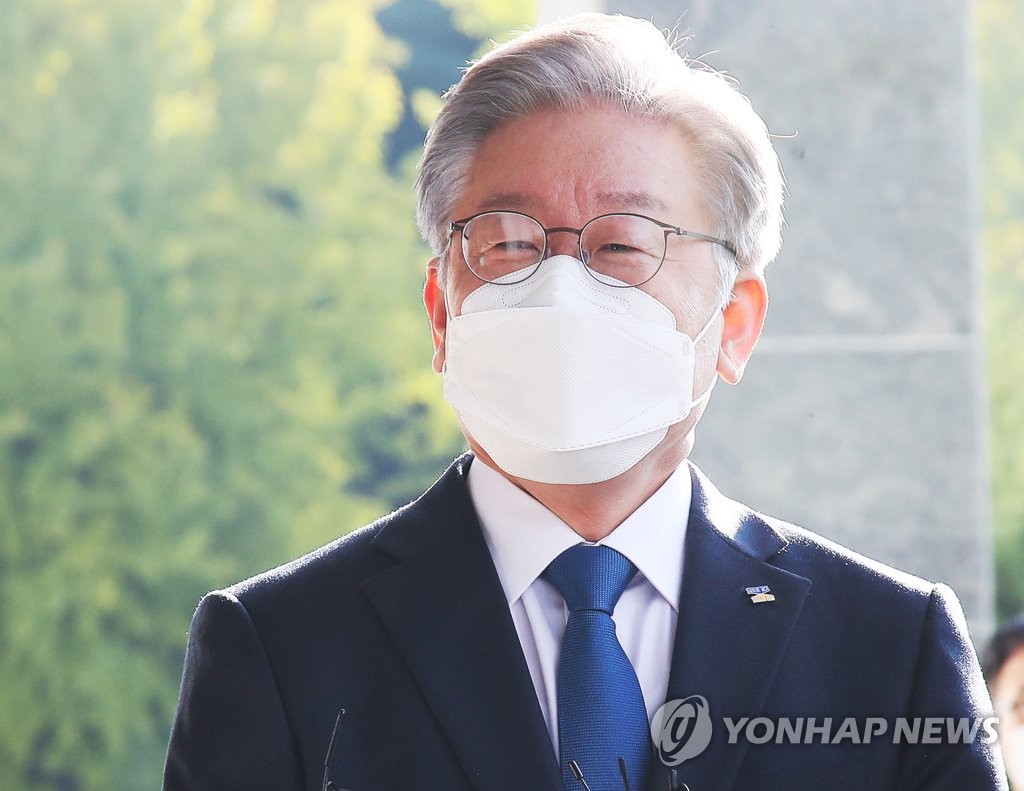 By law, he is required to resign at least 90 days before the election, or by Dec. 9, but Lee decided to quit early at the request of the DP leadership, according to his aides.

"My shoulders are heavy from the infinitely heavy responsibility, but I give you my promise that I will fulfill my calling," Lee said during a press conference livestreamed from the Gyeonggi government office in Suwon, 46 kilometers south of Seoul.

"I will turn the crisis of a grand transition into an opportunity for a grand leap and create a Republic of Korea that leads and is envied by the world," he said.

The resignation will be effective at the start of Tuesday after he tenders his resignation with the Gyeonggi Province Assembly. The remainder of Lee's term will be carried out by Oh Byoung-kwon, the first lieutenant governor for administrative affairs.

Lee is expected to register his preliminary candidacy for the presidential election on Tuesday and meet with President Moon Jae-in as early as Wednesday to receive his blessing to succeed him at Cheong Wa Dae.

On Sunday, Lee met with former Prime Minister Lee Nak-yon, the runner-up in the DP presidential primary, and secured the former prime minister's promise to help his campaign as an adviser.

He, however, continues to be dogged by questions about his possible involvement in a massive corruption scandal surrounding an apartment development project conducted in Seongnam, south of Seoul, in 2015 when he was the city's mayor.

Lee resigns as Gyeonggi governor to focus on presidential campaign

Lee resigns as Gyeonggi governor to focus on presidential campaign