SEOUL, Oct. 25 (Yonhap) -- An arrest warrant has been sought for a sitting prosecutor accused of conspiring with the main opposition party to investigate key ruling camp officials last year when Prosecutor-General Yoon Seok-youl, now a leading opposition presidential contender, was in office.

The Corruption Investigation Office for High-ranking Officials (CIO) said it sought the warrant over the weekend for Son Jun-sung, who served at the Supreme Public Prosecutors Office last year, as he has not cooperated with the investigation.

The scandal centers on allegations that Son asked the main opposition People Power Party (PPP) to file a complaint against three pro-government figures just before the general elections in April last year so that the prosecution could launch investigations. 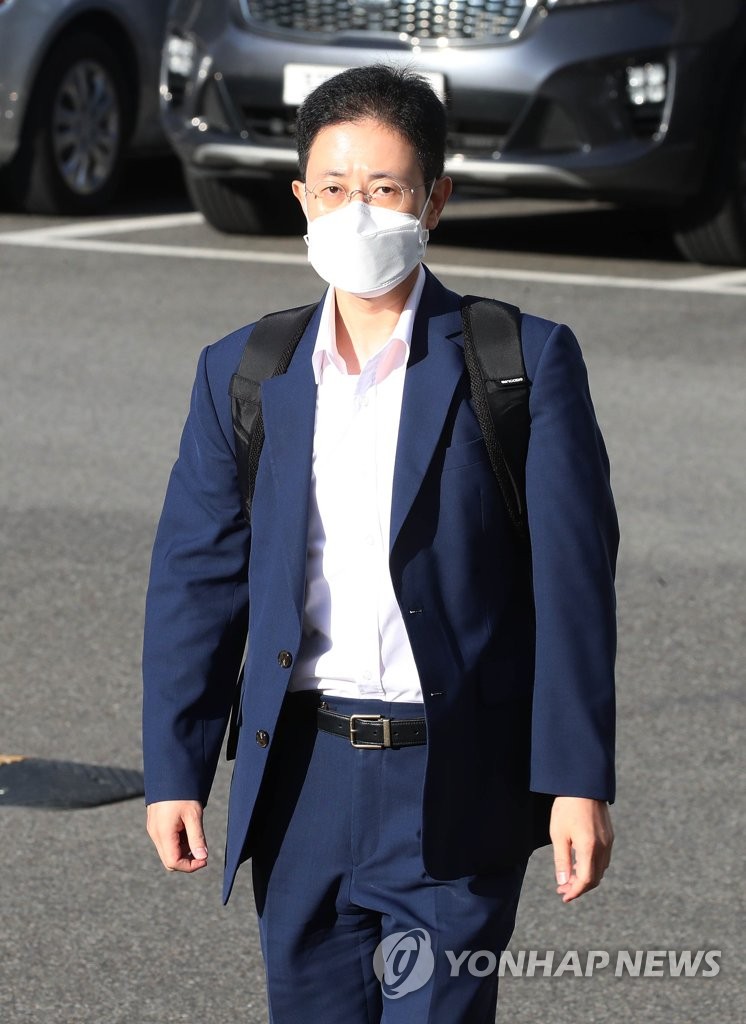 Son was accused of asking Kim Woong, a former prosecutor and now a PPP lawmaker, to lodge a defamation accusation against the three, including Rhyu Si-min, a liberal commentator and former chairman of the Roh Moo-hyun Foundation.

The Seoul Central District Court is scheduled to hold a hearing Tuesday to review the warrant request.

Last Wednesday, the CIO filed for a court warrant to detain Son for two days, projecting he will not appear for questioning, but the court denied the request, a CIO official said.

The CIO has formally booked Yoon on multiple charges, including abuse of power, in its probe into the scandal.

A lawyer for Son expressed strong regret about the CIO's request for his arrest warrant.

Son notified the agency he would attend the questioning on Nov. 2, but the CIO abruptly sought his arrest warrant even without interrogating him, citing the need to speed up the investigation in consideration of the schedule of the PPP primary, the lawyer said.

Yoon's campaign criticized the CIO move as political maneuvering to undermine support for Yoon ahead of the PPP primary.