SEOUL, Oct. 25 (Yonhap) -- The declaration of a formal end to the Korean War, suggested by South Korea, is a "symbolic" gesture to demonstrate that Seoul and Washington harbor no hostility against Pyongyang and help bring it back to the dialogue table, Seoul's top nuclear envoy said Monday.

Noh Kyu-duk, special representative for Korean Peninsula peace and security affairs, said he and his American counterpart, Sung Kim, have had "in-depth" consultations on how to engage North Korea in a string of bilateral consultations over the past several months. Their latest meeting took place in Seoul on Sunday.

"The end-of-war declaration can be seen as the most symbolic measure that shows (the allies) harbor no hostile policy against North Korea," Noh said during a forum in Seoul. "I believe (the declaration) can provide important momentum to restart dialogue with the North."

He stressed that it is highly meaningful as a confidence-building measure.

Speaking at the U.N. General Assembly last month, South Korean President Moon Jae-in proposed again that the two Koreas and the U.S., with the possible addition of China, issue the end-of-war declaration as a gateway to revitalize the regional peace process.

Noh pointed out that the North was quick in responding to Moon's offer this time.

Kim Yo-jong, the influential sister of the North Korean leader, called it "an interesting and an admirable" idea but said discussions can resume only if the South abandons its hostile policy toward the North.

Noh said Seoul and Washington will also continue consultations over the declaration and humanitarian aid to the North.

"If we sit back and watch or show a half-hearted attitude, the situation on the Korean Peninsula could worsen," he said. "We need to continuously engage with North Korea, and the end-of-war declaration is meaningful for that purpose."

Denuclearization talks between the U.S. and North Korea remain stalled since the no-deal Hanoi summit in 2019. The two Koreas technically remain at war as the 1950-53 conflict finished with an armistice, not a peace treaty. 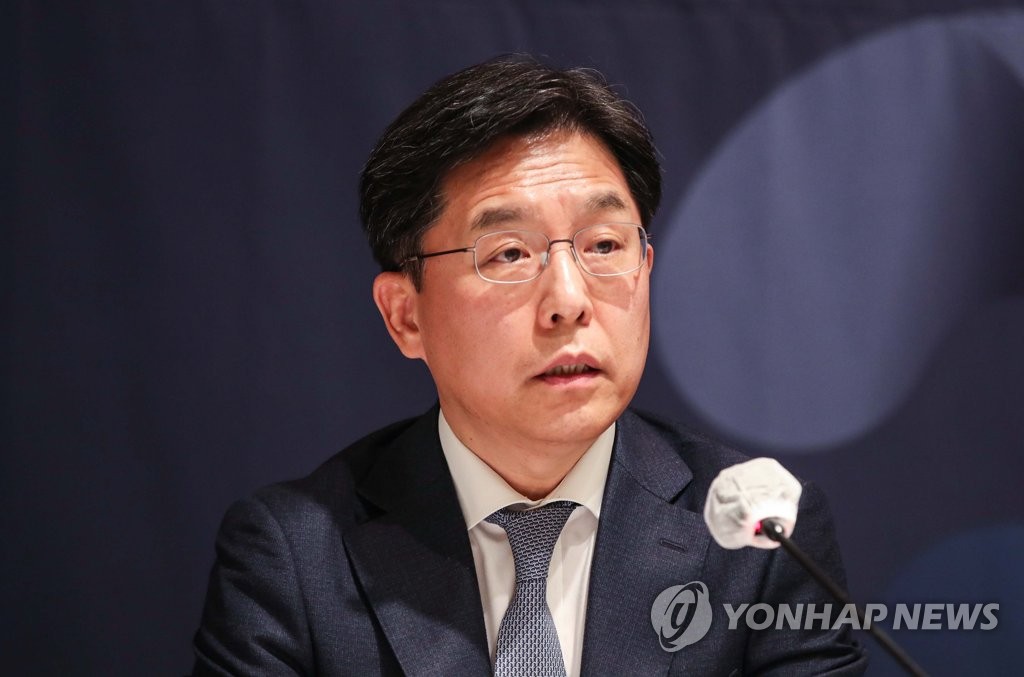