SEOUL, Oct. 25 (Yonhap) -- Pianist Paik Kun-woo said Monday he has filed for mediation with the Press Arbitration Commission against a news report that he neglected to take care of his wife, actress Yun Jung-hee, who is battling Alzheimer's disease.

An investigative program on MBC in September revisited a legal dispute over guardianship of the renowned actress between Paik and her younger siblings.

Paik claimed the report is groundless and applied for press mediation, seeking correction and 1.1 billion won (US$941,128) in compensation.

"All the content … is false. It seriously harmed the reputations of me, Paik Kun-woo, and my daughter, Paik Jin-hee, and inflicted huge emotional distress," Paik said an e-mail to the press.

Paik said he will provide details during a news conference Thursday. Paik and his family are living in France. 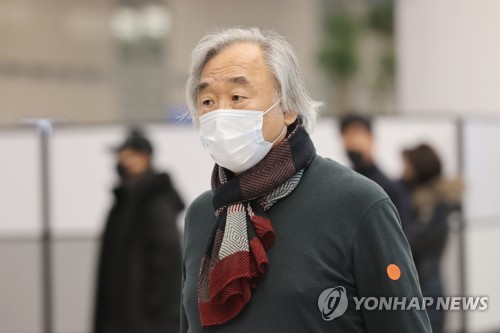 In the news report, Yun's younger brother repeated his claim that she has been neglected and isolated, and that Paik has not cared for her despite having enough money.

The brother also said he has not been able to visit his sister since her husband and daughter were named her legal conservators by a French court in November last year.

The siblings first raised the allegations in February through a public petition to the presidential office.

The two sides are currently engaged in a legal battle at a Seoul court over guardianship of Yun.

Paik, 74, is one of the best internationally known South Korean pianists. In 2019, Paik revealed his wife had been suffering from Alzheimer's for about 10 years.
(END)