SEOUL, Oct. 26 (Yonhap) -- North Korean leader Kim Jong-un has said the North's close ties with China are "sealed in blood" and will further strengthen for generations as he marked the anniversary of China's participation in the 1950-53 Korean War, state media reported Tuesday.

Kim sent a remembrance wreath to a cemetery of fallen Chinese soldiers in Hoechang, South Pyongan Province, on Monday on the occasion of the 71st anniversary of China's dispatching of troops to the three-year war, according to the Korean Central News Agency (KCNA).

Lauding China's participation in the war as a manifestation of a "militant friendship and great unity" between the two countries, Kim said North Korea will "never forget the blood shed" by the Chinese soldiers.

"The DPRK-China friendship sealed in blood would be further consolidated without any change despite the replacements of generations," the North Korean leader said, according to the KCNA. DPRK stands for the North's official name, the Democratic People's Republic of Korea.

China fought alongside the North against South Korean and U.S.-led United Nations troops during the war that ended in a truce, not a peace treaty. Under a U.N. Security Council resolution, at that time, the United States formed a unified command, also involving military forces from some other member states, for operation under the U.N. flag.

Pyongyang and Beijing have increasingly emphasized their close relations amid stalled nuclear talks and an escalating Sino-U.S. rivalry. 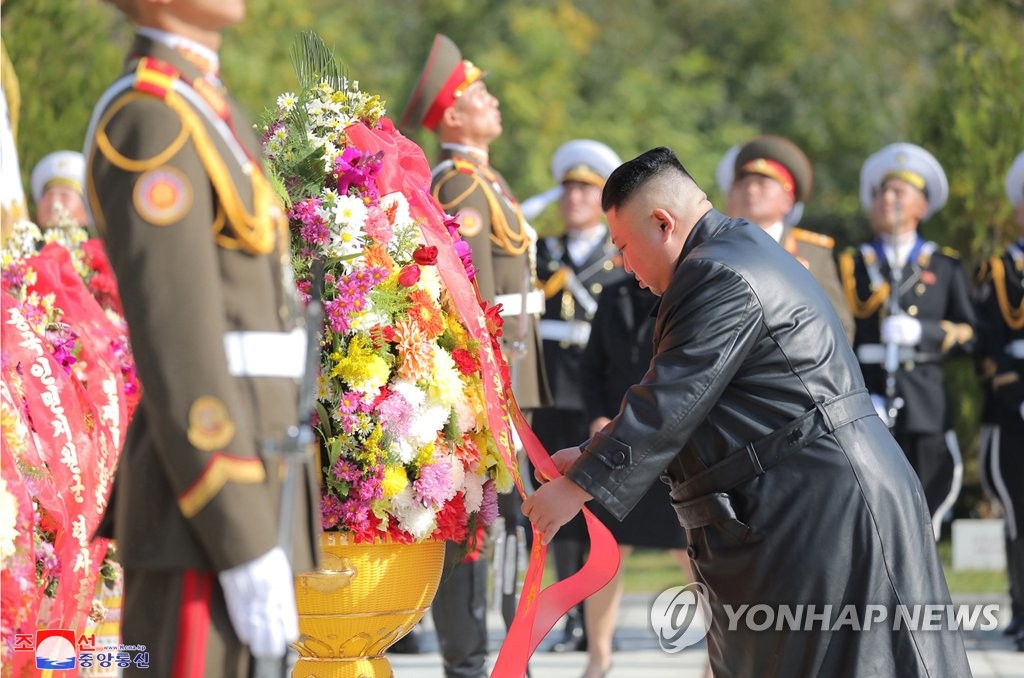 Kim says N.K.-China ties are 'sealed in blood,' will strengthen for generations

Kim says N.K.-China ties are 'sealed in blood,' will strengthen for generations