Rep. Park Wan-joo, who heads the DP's policy planning committee, said the government and the ruling party have agreed to a plan to lower taxes on gasoline, diesel and liquefied petroleum gas (LPG) butane by 20 percent, the largest-ever cut, for six months from Nov. 12 to April 30.

"The government's previously planned a 15 percent cut, but it accepted our proposal of 20 percent cut at the meeting," Park said after a meeting with Finance Minister Hong Nam-ki

Under that plan, gasoline prices will go down by 164 won (US$0.14) per liter, while that of diesel will decrease 116 won per liter.

At the meeting, Hong pointed out that gasoline prices recently hit the highest level in seven years at around 1,700 won and that the government will review such measures to help people.

He added the government is also looking to freeze public utility charges and stably manage the supply of agriculture and fishery products.

"The price growth pressure has been getting bigger recently," Hong said. "In our case, we are still lower than advanced countries, but since it is directly related to people's lives, we cannot neglect the issue at any time." 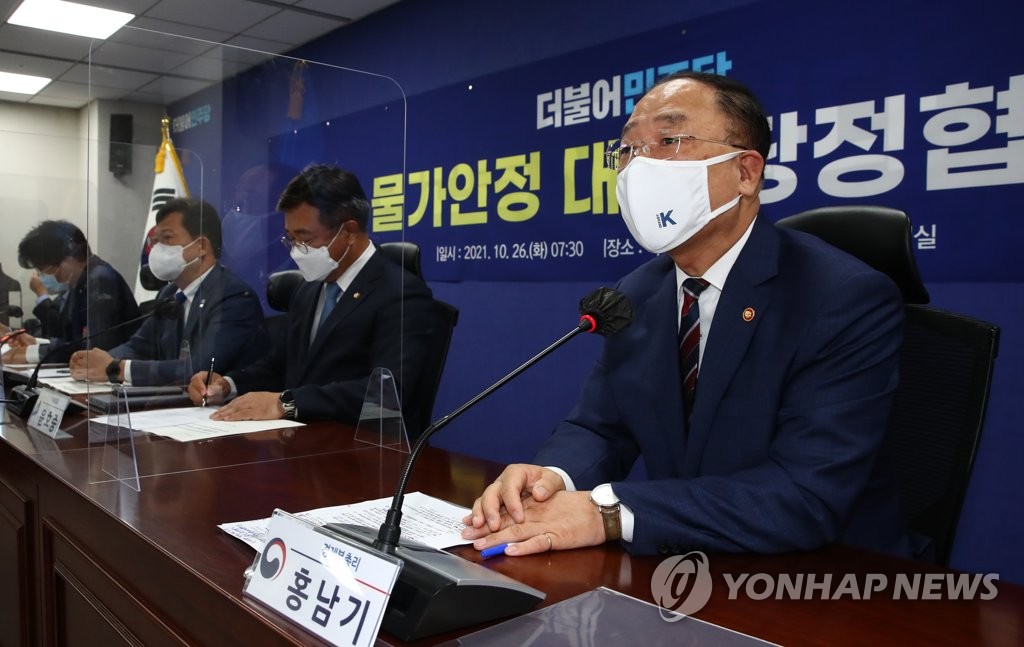