Last week, the government announced its plan to cut greenhouse gas emissions to 40 percent compared with 2018 levels by 2030. President Moon Jae-in plans to present the vision globally in person during the 2021 United Nations Climate Change Conference, called COP 26, slated to open on Oct. 31. It will be formally approved by the Cabinet on Wednesday.

Kim Hyo-eun, ambassador for climate change at the Ministry of Foreign Affairs, said South Korea will join the upcoming session as a "leading country" that has done its "own homework" by significantly raising its reduction target from an earlier goal of 26.5 percent. The nation aims to go carbon neutral by 2050.

"The carbon cut pledge is a very ambitious goal considering that South Korea's carbon emissions peaked in 2018 and the domestic industry heavily relies on the manufacturing sector," Kim said during an interview with Yonhap News Agency. "The new target has drawn positive responses from other nations." She will accompany Moon on the visit to Glasgow. 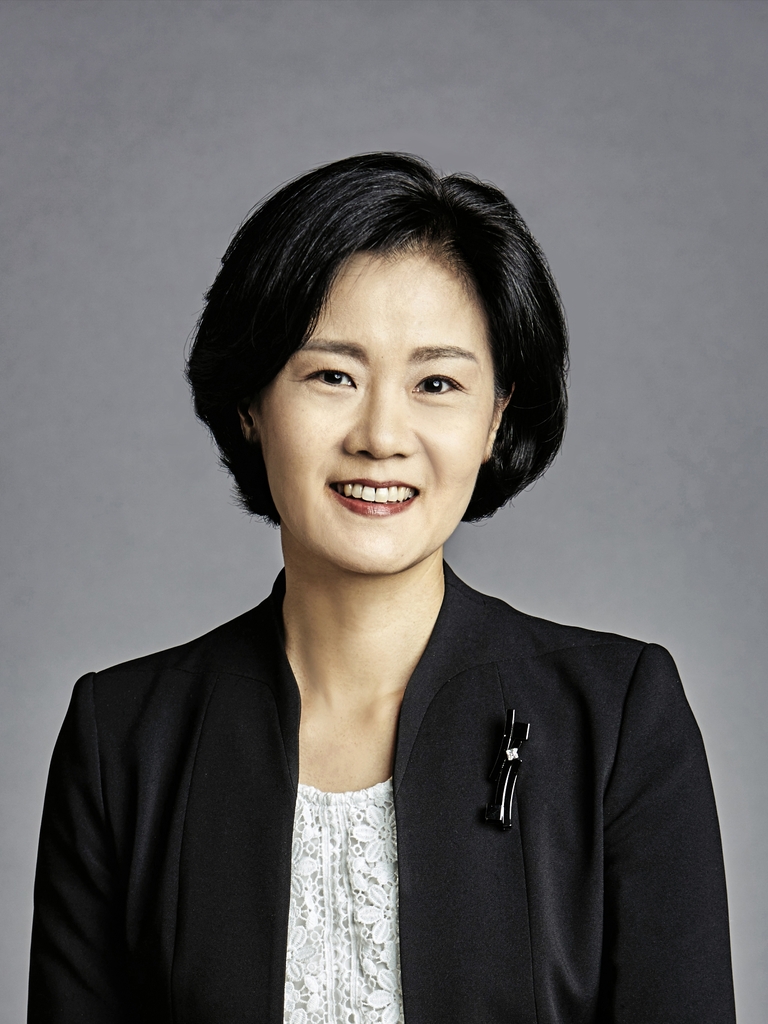 Business circles here have expressed concerns that the tougher emissions target puts too much burden on the manufacturing industry, which is the backbone of Asia's fourth-largest economy. Semiconductors, batteries, autos as well as petrochemical products and ships, mostly from carbon-intensive industries, account for the most of the nation's exports.

"Local companies may face challenges in cutting their greenhouse gas emissions, but such difficulties do not provide excuses for not taking action on climate change," she said.

Kim, who holds the rank of deputy minister, said climate change is no longer a concept but a reality that could define a company's future as a growing amount of money flows from carbon-heavy industries to greener sectors.

"There is a growing consensus that going green has become inevitable to survive and make more money," said the former deputy director-general of Global Green Growth Institute, an inter-governmental organization based in Seoul. "It has become an unavoidable business trend."

A growing number of global industry leaders have pledged to cut carbon emissions to net zero across their entire businesses and manufacturing supply chain within the coming decades, which would require use of renewable energy and recycled materials and delivery by zero-emission vehicles throughout the whole process.

Investors and banks are placing more emphasis on the eco-friendly investment strategy as a way to reduce risks by weeding out companies that fail to meet international standards and generate more profits.

Kim said advancements in eco-friendly technologies, such as renewable energy and carbon capture and storage technology, can play a big part in cutting greenhouse gas emissions, while changing consumer preferences for recycled products and reducing waste can also help reduce their carbon footprint.

She cautioned, however, against having only a few big players raking in massive profits from the green transition and called for concerted global efforts to combat climate change.

"Although we may be a little late in (the carbon neutrality goal), we have the ability to catch up with front-runners," Kim said.