SEOUL, Oct. 26 (Yonhap) -- South Korea said Tuesday it plans to resume discount coupon programs aimed at boosting domestic demand as the country is preparing to move into a phase of "living with COVID-19" in early November.

Since November last year, the country has suspended the coupon programs in six sectors, including sports, accommodations, tourism and cultural performances, due to the resurgence of virus cases. Only online use of some discount coupons, such as food delivery and agricultural products, has been allowed.

Finance Minister Hong Nam-ki said the government will permit the use of consumption coupons at offline places starting next month.

People can also receive 10,000 won (US$8.60) in refund when they make more than four orders of food worth at least 20,000 won each via food delivery apps and a visit to restaurants.

The resumption is aimed at shoring up private spending and helping pandemic-hit small merchants in line with the country's preparation for gradual return to normal life. 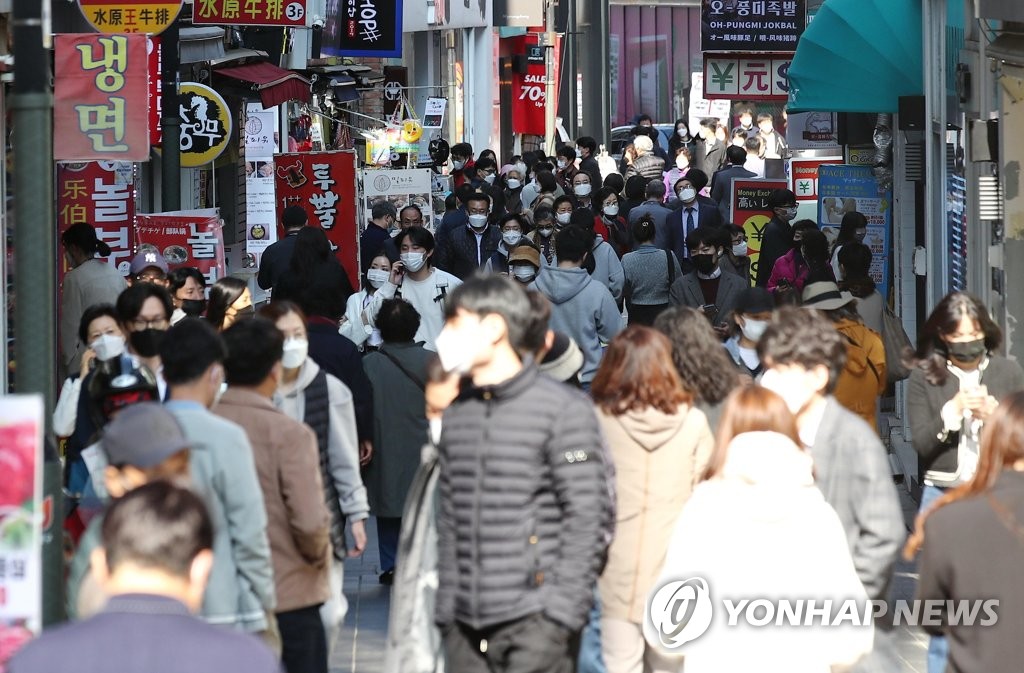 South Korea will start to gradually phase out anti-virus restrictions starting Nov. 1, under which COVID-19 will be treated as an infectious respiratory disease, like seasonal influenza, with eased distancing being implemented.

The country has accelerated its vaccination campaign, with 40.8 million people, or 79.5 percent of its population, receiving at least their first doses of COVID-19 vaccines, and 70.9 percent being fully vaccinated.

The country on Saturday achieved its goal of fully inoculating 70 percent of its population earlier than planned amid the accelerating vaccine rollout. It previously aimed to hit the target by the end of October.

Domestic demand was dented by the resurgence in COVID-19 cases in the third quarter.

Private spending fell 0.3 percent in the third quarter from three months earlier, a turnaround from a 3.6 percent on-quarter gain in the second quarter, according to central bank data.

The country's economic growth slowed to 0.3 percent on-quarter in the July-September, raising concerns that it may be difficult for Asia's fourth-largest economy to attain the 4.2-percent growth target.

The Bank of Korea forecast the Korean economy to grow 4 percent this year on the back of solid exports.