The agreement was reached during a video conference on Monday between Choi Woo-Seok, director general for materials and components industries at Seoul's industry ministry and Monica Gorman, U.S. deputy assistant commerce secretary for manufacturing, according to the Ministry of Trade, Industry and Energy.

"Given the importance of cooperation in the semiconductor field, the two nations agreed to establish a director-level dialogue channel on semiconductor for regular discussions for cooperation," the ministry said in a release.

"They also agreed to expand the current director-level Korea-U.S. industry cooperation dialogue in order to discuss broader issues, including chips," it said, noting that the moves are to better implement measures for deeper cooperation, in such sectors as chips and batteries, that their leaders agreed upon during a summit in May.

Choi also relayed South Korean chipmakers' concerns about the request by the U.S. Department of Commerce that global chipmakers, including Samsung Electronics Co., share information on inventories, demand and other details by Nov. 8 to "help improve trust and transparency within the supply chain."

The U.S. request spawned concerns about the leak of chipmakers' major trade secrets.

"We've fully explained to the U.S. side about the concerns, and the two sides agreed to continue close consultations down the road," the ministry said. 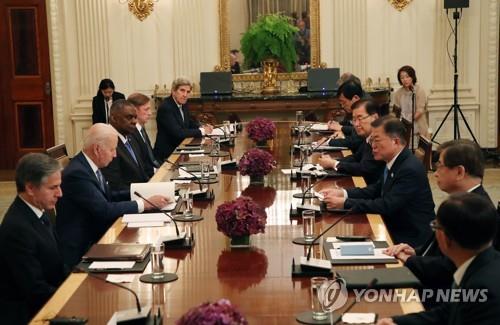