The move came the same day Lee stepped down as governor of Gyeonggi Province to focus on his presidential campaign.

"I begin a new first day," he wrote on Facebook. "I am both excited and fearful as I leave behind my usual path to work and set out to meet the people as a preliminary presidential candidate."

Lee pledged again to fulfill his calling despite the heavy responsibility he feels and vowed to create a better future for the nation.

The nominee met with President Moon Jae-in at Cheong Wa Dae Tuesday in a key step to beginning his campaign in earnest for the presidential election slated for March 9. 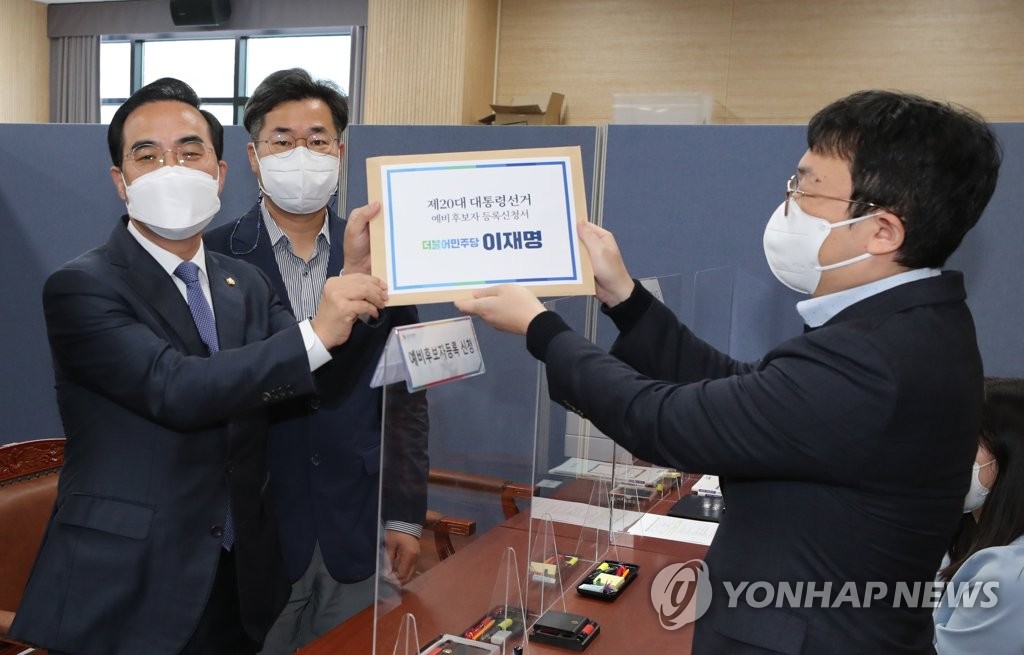