SEOUL, Oct. 26 (Yonhap) -- South Korea's trade volume for this year surpassed the US$1 trillion mark Tuesday on the back of solid export growth amid the global recovery from the pandemic, reaching the milestone at the fastest pace ever, the trade ministry said.

The country's accumulated exports and imports totaled $1 trillion as of Tuesday afternoon, with outbound shipments coming to $512.2 billion, according to the data by the Ministry of Trade, Industry and Energy.

South Korea made the achievement within the shortest period of time since 1956 when the country began compiling data on trade. It came 21 days earlier than the previous record, which was set on Nov. 16, 2018.

As of July, South Korea was the world's eighth largest trading nation.

Last year, trade volume stood at $980.13 billion due to the fallout from the new coronavirus and trade disputes between the United States and China, the two major trading partners of South Korea. It was the first time in four years that South Korea missed the $1 trillion mark.

Asia's fourth-largest economy reached the milestone eight times so far, including this year, according to the ministry.

If this trend continues, the country's annual trade amount is expected to reach an all-time high this year, it added. The previous record was set in 2018 when the figure stood at $1.14 trillion. 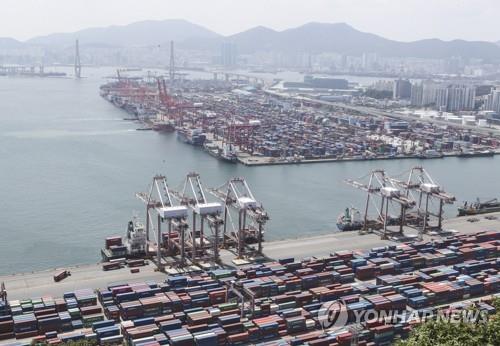 This year's upbeat trade was attributable to robust growth in exports. In September, outbound shipments came to $55.8 billion, marking the highest monthly figure since 1956, and have extended their gains to 11 straight months.

Exports of semiconductors, petrochemical products and autos have led the overall gains as the global economic recovery has boosted demand, according to the ministry.

Outbound shipments of the country's small and medium-sized enterprises for the first nine months of this year reached a record high of $85.3 billion for the period, government data showed.

Officials say the popularity of the Korean pop culture and other contents appear to have boosted sales of such consumer goods as cosmetics and agricultural and other food products. 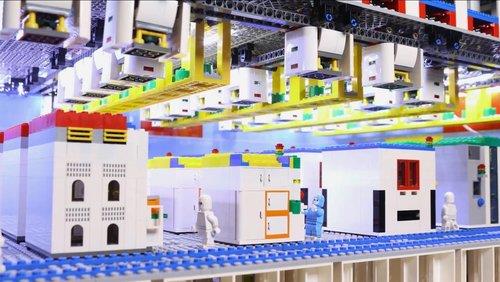