SEOUL, Oct. 26 (Yonhap) -- Samsung Group heir Lee Jae-yong was sentenced to a 70 million won (US$60,055) fine Tuesday for illegally using propofol, an anesthetic medication, dozens of times over a period of years.

In June, prosecutors indicted the Samsung Electronics Co. vice chairman on charges of taking propofol for purposes other than medical treatments at a plastic surgery clinic in southern Seoul on a total of 41 occasions during January 2015 and May last year.

Lee previously served time in jail, as he was sentenced to 2 1/2 years in prison by the Seoul High Court on Jan. 18 in a retrial of a bribery case involving former President Park Geun-hye. He was released on parole in August. 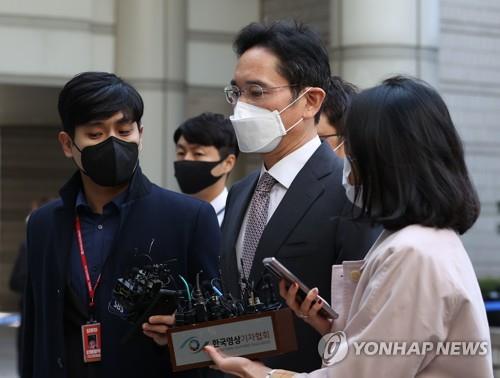