SEOUL, Oct. 26 (Yonhap) -- The two giants of South Korean club football will square off on the first weekend of November in what should essentially be a championship match.

The K League 1 announced its remaining fixtures for the 2021 season Tuesday. After 33 matches, the 12 clubs in the top division were split into two tiers on the weekend, with the top six in Final A and the rest in Final B. Teams will play five more matches within their respective groups to close out the season. 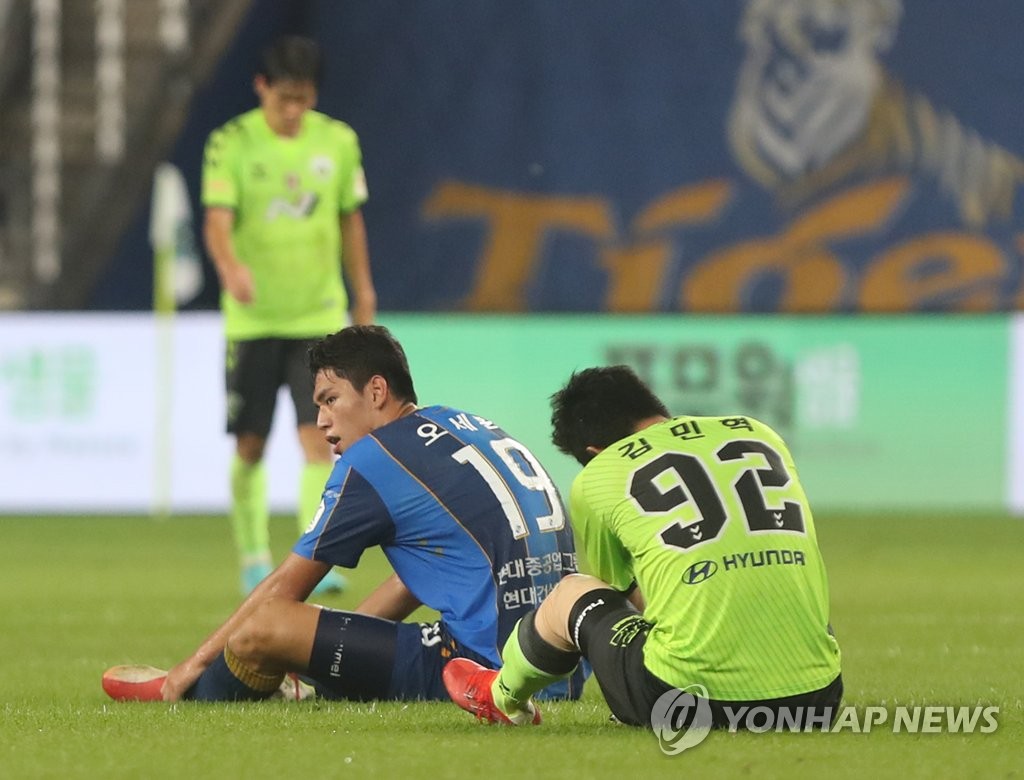 Jeonbuk Hyundai Motors and Ulsan Hyundai FC occupy the top two spots with 64 points apiece, and they will meet for one last time this season at 7 p.m. on Nov. 6 at Jeonbuk's home, Jeonju World Cup Stadium in Jeonju, some 240 kilometers south of Seoul.

Jeonbuk have the tiebreak edge over Ulsan in goals, 58-54, as they try to capture an unprecedented fifth consecutive K League 1 title. Ulsan were runners-up to Jeonbuk in each of the past two years, and they're searching for their first title since 2005.

With third-place Daegu FC 15 points back of the top two clubs, the Nov. 6 match will go a long way toward determining this year's champions.

Jeonbuk and Ulsan have met three times in the league so far this year, with two scoreless draws sandwiching a 4-2 victory for Ulsan in May.

On Oct. 17, Ulsan defeated Jeonbuk 3-2 in the quarterfinals of the Asian Football Confederation (AFC) Champions League.

Jeonbuk and Ulsan played each other on the penultimate weekends, Matchweek 37, in both 2019 and 2020.

They're meeting a bit earlier than usual this time. The league explained that since the championship will most likely come down to these two teams, it wanted Jeonbuk and Ulsan to both play at home on the final day of the season. For scheduling reasons, both would then have to play away matches on the second-to-last weekend, meaning they couldn't meet each other then. 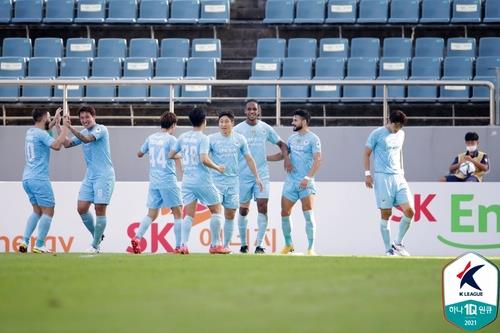 Matchweek 36 comes right after the national team's World Cup qualifier in Iraq, and the league office avoided a Jeonbuk-Ulsan showdown then because both clubs are expected to have several players called up for international duty.

With Jeonbuk and Ulsan so far ahead of the pack, the four remaining clubs in Final A will be playing for third place and a chance to compete at next year's AFC Champions League. Below Daegu FC are three clubs knotted at 45 points: Suwon FC, Jeju United and Suwon Samsung Bluewings.

In Final B, clubs will try to avoid relegation to the K League 2 next year. The worst team in the K League 1 each year gets automatically sent down to the lower division for the following season. Gwangju FC are in the cellar at the moment at 32 points.

The second-to-last club will end up in a promotion/relegation playoff against a playoff winner from the K League 2. Seongnam FC are in 11th place at 37 points, with two clubs above them, Gangwon FC and FC Seoul, also sitting at 37 points and remaining ahead on the goals scored tiebreaker.

The 2021 season will wrap up with three matches for Final B clubs on Dec. 4 and then three for Final A teams on Dec. 5. All six matches will kick off at 3 p.m. 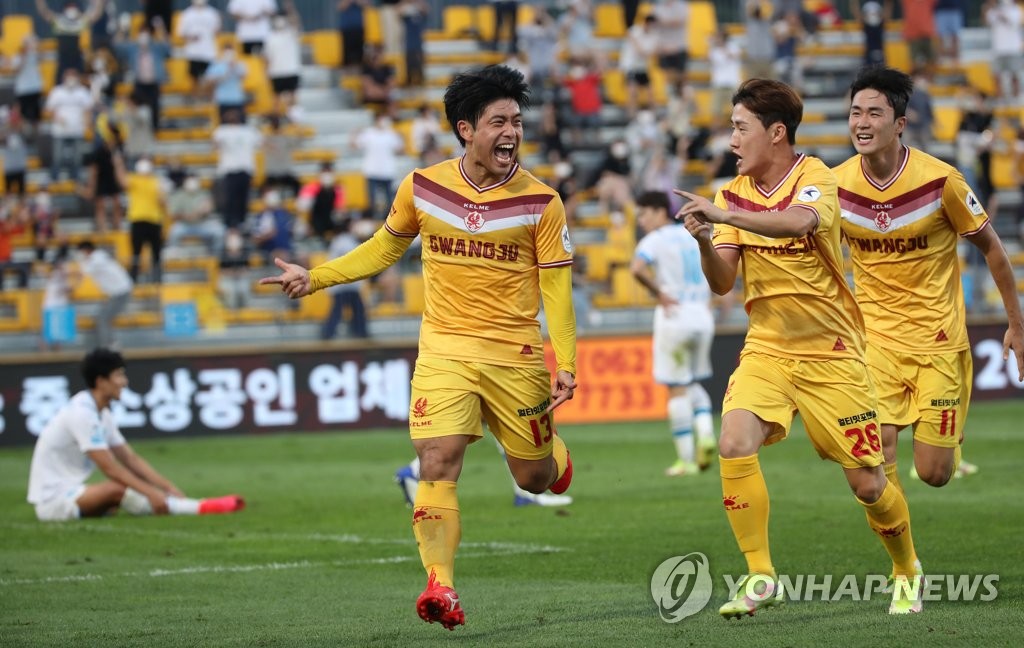