SEOUL, Oct. 26 (Yonhap) -- The amount of auto taxes not paid by foreigners in South Korea has been on the steady rise in recent years, surpassing the 10 billion won (US$8.6 million) mark for the past two years, government data showed Tuesday. 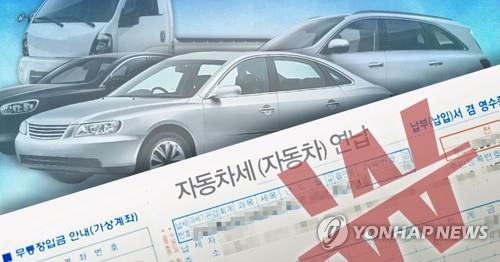 In Seoul, the top foreign auto tax delinquent, with 10.3 million won in arrears, has not paid auto taxes for 10 years after purchasing a vehicle in March 2011 and paying the first car tax in the same year.

Seven out of Seoul's top 10 foreign auto tax delinquents have already left the country, with the addresses of the remaining three remaining unknown, the data showed.