WASHINGTON, Oct. 26 (Yonhap) -- The United States and South Korea are aligned on the need to engage with North Korea diplomatically, but may differ when it comes to when and what steps should be taken to bring the recalcitrant North back to the dialogue table, U.S. National Security Adviser Jake Sullivan said Tuesday.

His remarks come amid a South Korean push for a declaration of the end of the Korean War that it insists can be a catalyst to restart dialogue with North Korea.

"We may have somewhat different perspectives on the precise sequence or timing or conditions for different steps. but we are fundamentally aligned on the core strategic initiative here and on the belief that only through diplomacy are we going to really, truly be able to effectively make progress," Sullivan said in a press briefing at the White House. 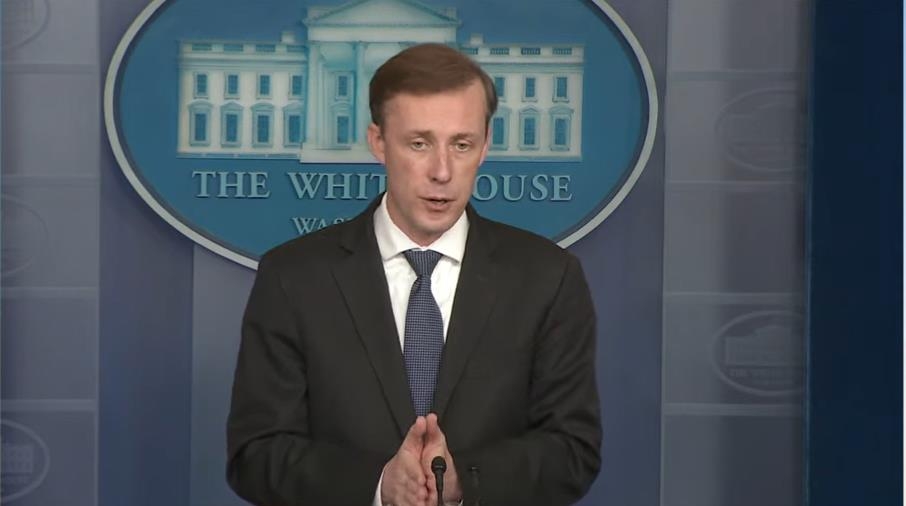 Sullivan's remarks also come after a Seoul meeting between U.S. special envoy for North Korea, Sung Kim, and his South Korean counterpart, Noh Kyu-duk, in which Kim said the countries will continue to discuss ways to bring North Korea back to the dialogue table, including the Seoul-proposed end of war declaration.

Sullivan said Kim's recent discussions with his South Korean counterpart have been "very productive and constructive," but declined to comment publicly when asked if the U.S. supported declaring the war's end as a catalyst to resume dialogue with the North.

"So on the specific issue you raised, I don't want to get into it publicly. I will only say we're going to continue the intensive conversations," he said.

South and North Korea remain technically at war as the 1950-53 war ended with an armistice and a peace treaty was never signed.

While Seoul insists an end of war declaration may help bring North Korea back to the dialogue table by offering some security assurances, some believe it could undermine the legal basis for the stationing of U.S. forces in South Korea.

North Korea has ignored U.S. overtures since the Joe Biden administration took office in January, accusing the U.S. of harboring what it claims to be a hostile intent toward Pyongyang. North Korea has also stayed away from any meaningful dialogue with the U.S. since early 2019.