SEOUL, Oct. 27 (Yonhap) -- South Korea's new coronavirus cases soared to nearly 2,000 on Wednesday, as fresh concerns emerge over people letting their guard down ahead of the start of a gradual easing of virus curbs aimed at returning to normalcy. 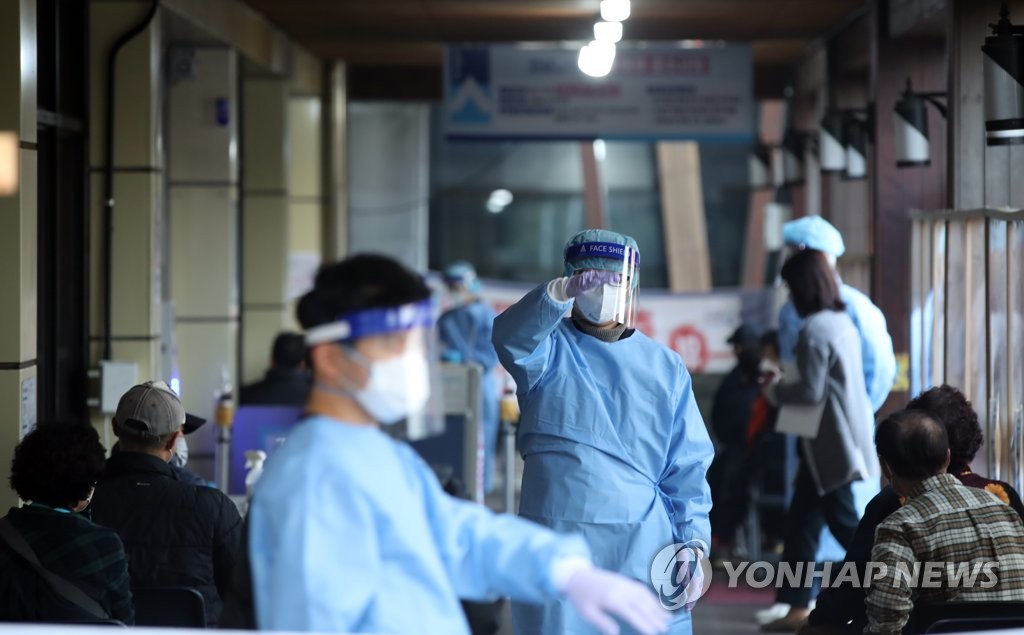 Health authorities said the recent relaxation of some COVID-19 rules, which came as an interim step before implementing the new scheme, may have caused the caseload to rise.

Since Oct. 18, people have been allowed to gather in groups of up to eight in the greater Seoul area, and up to 10 in non-metropolitan regions. Business hours for some multiuse facilities, like study rooms and movie theaters, have been extended to midnight.

"As expectations over the return to normal daily life grow, we have seen an increase in movement and activities," Sohn Young-rae, a senior health official said in a briefing.

"Also there is the ventilation issue associated with the fact that these activities are taking place more indoors than the outside due to the weather change," Sohn said.

Sohn warned of yet another potential spike in infections as many Halloween celebrations are expected over the rest of this week, especially among the expat communities.

"We will check the popular hangouts frequented by young people," he said.

Under the upcoming new scheme, the virus restrictions will be lifted in phases through the end of January next year, starting off with allowing cafes, restaurants and other multiuse facilities to operate 24 hours and private gatherings of up to 10 people, regardless of vaccination.

Health officials said 19,954, or 0.074 percent of 26.93 million people vaccinated in South Korea are estimated to have been infected as "breakthrough" cases, many of whom were in their 30s, officials said.

The cumulative tally on virus variants came to 46,417 cases, with the delta variant accounting for all but one. 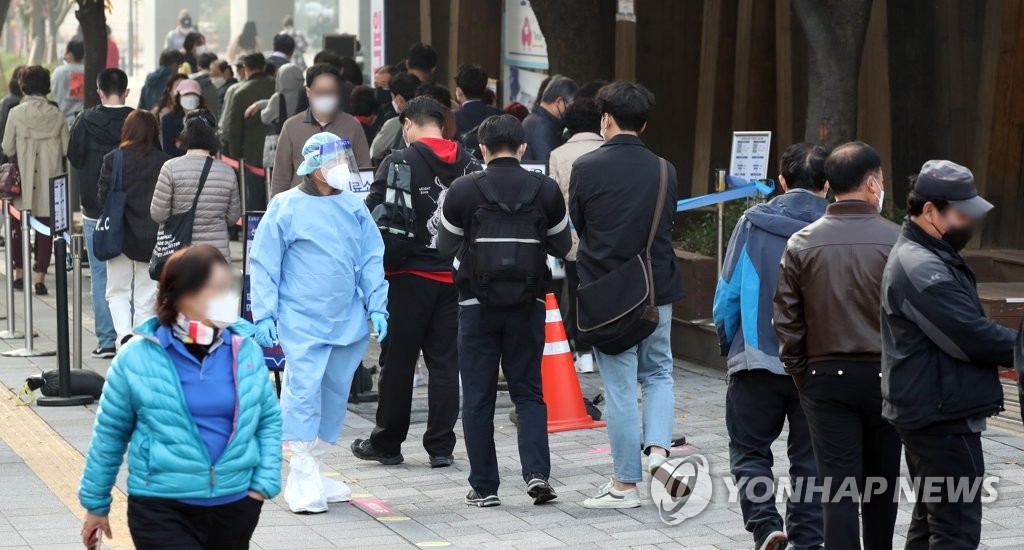 (2nd LD) New virus cases soar to nearly 2,000 ahead of start of phased return to normalcy

(2nd LD) New virus cases soar to nearly 2,000 ahead of start of phased return to normalcy