SEOUL, Oct. 27 (Yonhap) -- The Cabinet on Wednesday approved the government's pledge to reduce greenhouse gas emissions by 40 percent from 2018 levels by 2030 and achieve net-zero emissions by 2050.

The pledge, which was passed at a Cabinet meeting presided over by Prime Minister Kim Boo-kyum, represents a significant raise in the country's previous greenhouse gas reduction target of 26.3 percent.

To achieve the country's 2050 net-zero emissions goal, a presidential committee proposed revised road maps in two scenarios, both of them calling for the end of coal use in power generation. 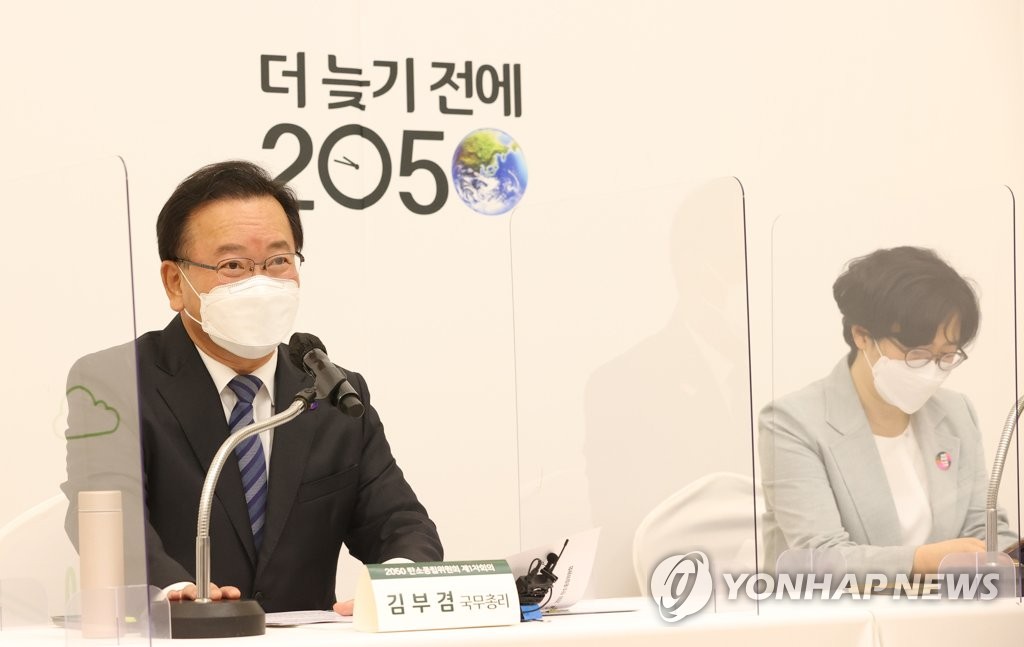