An officer of the Joint Chiefs of Staff based in Seoul tested positive after a family member was infected.

An Army officer stationed in Yangju, north of Seoul, also tested positive after a virus case was reported at the base.

Of the cumulative cases in the military, 1,963, or 97 percent, have been fully cured, with 56 still under treatment. 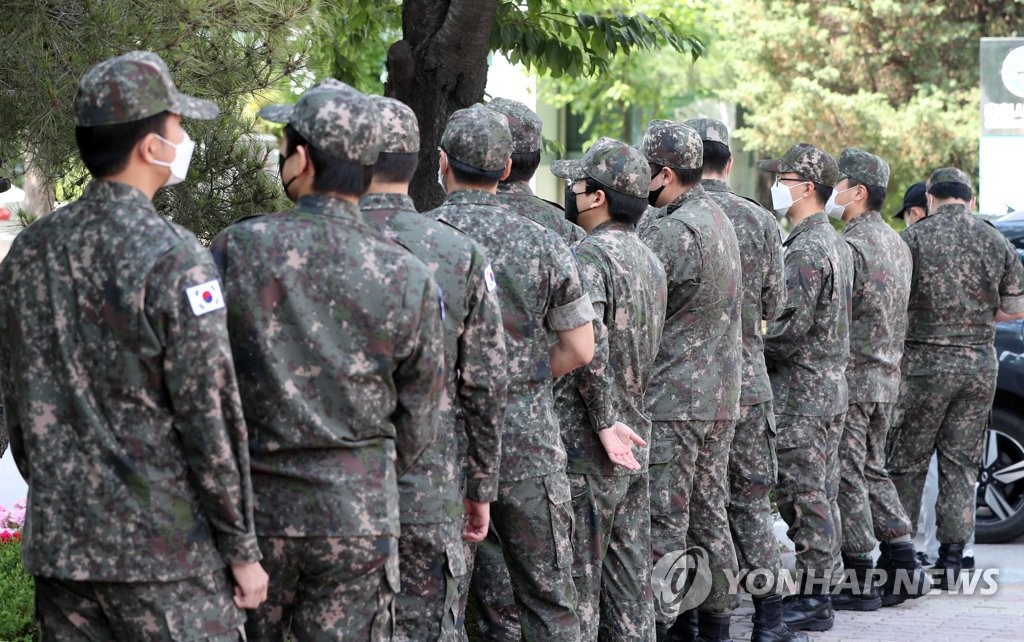