SEOUL, Oct. 27 (Yonhap) -- The number of South Koreans who moved to different residences in the country fell for the ninth straight month in September, data showed Wednesday, as housing transactions decreased amid rising prices.

The number of people who changed their residences dropped 8.9 percent on-year to 566,000 last month, according to the data compiled by Statistics Korea.

The population mobility rate -- the number of those relocating per 100 people -- also went down 1.3 percentage points from a year earlier to come to 13.4 percent in September, the data showed.

The decline is mainly blamed on tepid housing transactions amid soaring home prices and fewer newly built apartments, according to officials and experts.

During the third quarter of the year, the number of people who changed their residences decreased 5.5 percent on-year to 1.72 million, and the mobility rate inched down 0.8 percentage point on-year to 13.3 percent, the data showed.

Seoul reported a net loss of 24,665 to its population last month, bringing it to 9.54 million, while the surrounding Gyeonggi Province and the city of Incheon, 40 kilometers west of Seoul, saw their populations grow, according to the data.

Skyrocketing housing prices have showed little sign of abating, though the government has come up with a series of measures to stabilize the market.

In September, housing prices in South Korea rose 1.52 percent, marking the highest number since December 2006. The figure for the greater Seoul area stood at 1.89 percent, according to monthly housing data from KB Kookmin Bank. 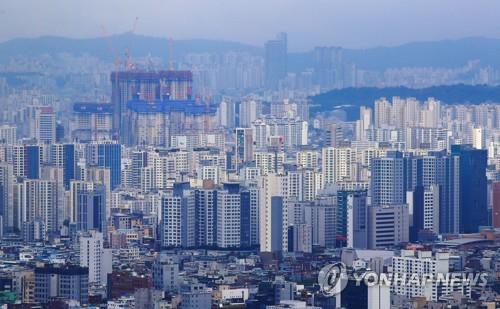