SEOUL, Oct. 27 (Yonhap) -- Government employees will be subject to much tougher rules against drunk driving and inhumane misconduct under a soon-to-be-revised law, the Ministry of Personnel Management said Wednesday.

The ministry issued an advance notice of a revision of the Decree on Disciplinary Action against Public Officials, saying any government employee caught driving drunk with a blood alcohol concentration of 0.2 percent or higher can be expelled from office.

According to the revision, public officials refusing to take a breathalyzer or caught with a blood alcohol level of 0.2 percent or higher, even after one instance of drunk driving, can be punished by the minimum penalty of suspension from duty or the maximum possible penalty of dismissal. 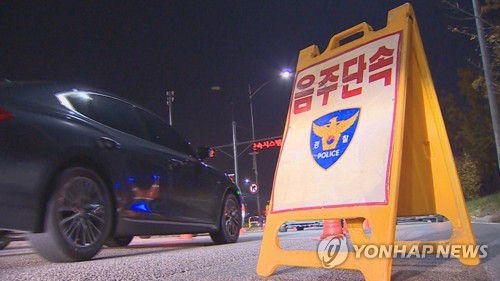 Currently, dismissal of public officials is possible only if they are caught driving drunk more than twice, or injury or material damage occurs as a result of their DUI. In South Korea, a driver's license is suspended when the driver's blood alcohol level is 0.03 percent or higher.

The ministry also said that the revision will newly define "impersonal acts based on superior rank" as a "gapjil" type of misconduct, referring to a Korean term meaning abusive attitude and behavior by those in positions of power.

It said the new clause will pave the ground for clearer and more proactive measures against inhumane treatment of subordinates, which is currently subject to petty discipline.