SEOUL, Oct. 27 (Yonhap) -- The number of female executives at South Korea's top 100 firms increased in 2021 from a year earlier to surpass the 300 mark for the first time, data showed Wednesday.

Those leading companies in Asia's fourth-largest economy had a combined 322 women executives as of end-June this year, up 36 from last year, according to the data from local headhunter UnicoSearch.

The figure accounts for 4.83 percent of all high-level seats offered by the major companies.

The gain in the number of female executives came as those companies cut their C-suite seats to 6,664 this year from 6,871 a year earlier.

Global tech giant Samsung Electronics had the largest number of female executives at 55, or 5.2 percent of its total.

Food maker CJ CheilJedang came next with 22, followed by portal behemoth Naver with 17, cosmetics manufacturer AmorePacific with 16 and leading automaker Hyundai Motor with 15.

AmorePacific had a female executive ratio of 23.2 percent, the highest figure among companies with 10 or more women executives, according to the data. 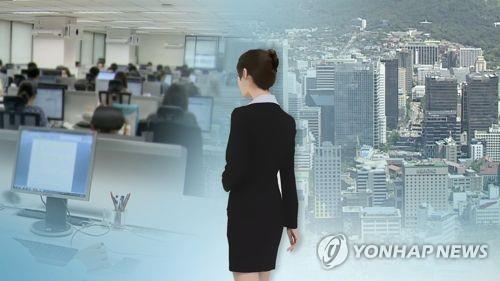 Number of women execs at major firms tops 300 this year

Number of women execs at major firms tops 300 this year