Roh, who led the country from 1988-1993, died Tuesday at age 88. The body of Roh is being laid at Seoul National University Hospital before the funeral service.

Chey stayed briefly to mourn his death and extended condolences to the bereaved family, including his long-separated legal wife and Roh's daughter, So-young.

Chey married So-young in 1988, but the two have been undergoing divorce proceedings since 2018. They have reached a settlement for the divorce and are in the middle of a lawsuit over the division of their assets.

The SK Group chief is scheduled to depart for the United States on a trip that will come with a series of meetings with key political and business figures there, in a move seen as intended to directly address the U.S. call for South Korean chipmakers to disclose company information that the industry has cast as confidential data.

After the U.S. trip, Chey will join President Moon Jae-in on his tour to Europe as the chief of the Korea Chamber of Commerce and Industry. While in Hungary, he is expected to accompany Moon to the summit of the Visegrad Group, a regional alliance involving Hungary, the Czech Republic, Slovakia and Poland, and attend other business sessions. 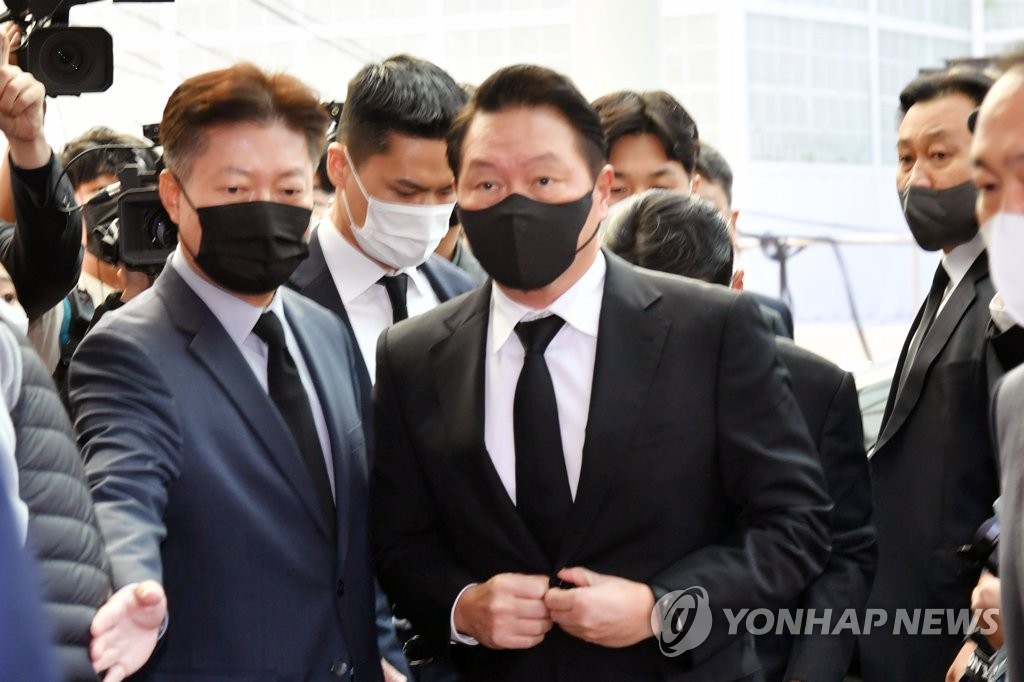