Net profit for the three months ended in September jumped more than eightfold to 1.135 trillion won (US$970 million) from a net profit of 133.68 billion won in the year-ago period.

Operating profit jumped more than six times to 1.327 trillion won in the third quarter from 195.23 billion won a year ago.

Last year, the company put aside 1.013 trillion won in provisions for after-sales product quality maintenance and other services.

Some of the provisions were factored in the third-quarter bottom line. But this year there were no such one-off expenses, a company official said.

Kia expects the global chip shortage and increased volatility in exchange rates will continue to weigh on its fourth-quarter earnings.

"At stake is how many vehicles Kia will be able to produce until the first half of 2022 despite disruptions in the global chip supply chain," Kia Chief Financial Officer Joo Woo-jeong said in the company's earnings conference call.

From January to September, net profit soared to 3.513 trillion won from 525.96 billion won in the year-ago period. 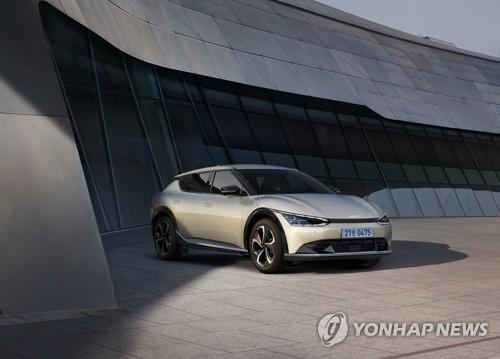