Under the 50:50 joint venture deal, the two companies will invest over a combined 1 trillion won (US$854.7 million), aiming for annual production of 800 million square meters of separators, the key component used in rechargeable batteries, by 2028, LG Chem said in a press release.

LG Chem will take over an additional 20 percent stake in the joint venture from Toray, 30 months after the establishment of the plant, it said.

The output from the new plant will be supplied to the Poland-based unit of LG Energy Solution, LG Chem's wholly-owned subsidiary, as well as to other European partners.

The construction will start in the first half of next year, on a site currently used by a Toray affiliate in the northwestern city of Nyergesujfalu.

Through the deal, LG Chem can speed up its efforts to tap deeper into the European market by securing the technology for separator membranes, on top of its enhanced coating technology.

LG Chem currently has a domestic separator coating production line and two others in the Chinese city of Hangzhou and Wroclaw in western Poland. 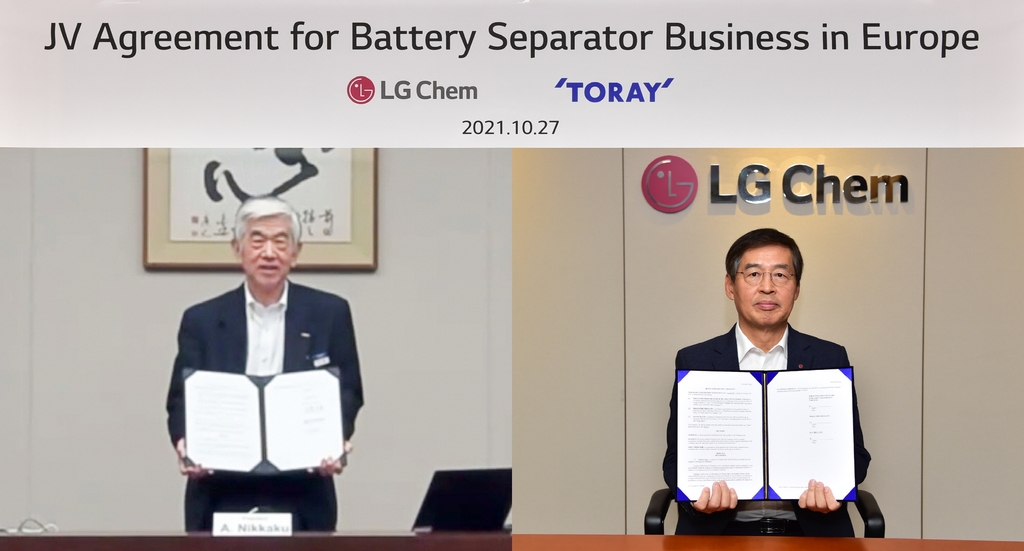