SEOUL, Oct. 27 (Yonhap) -- South Korean President Moon Jae-in on Wednesday urged the leaders of Southeast Asian countries, as well as Japan and China, to step up their regional cooperation to help the world end the COVID-19 pandemic, his office said.

Moon also reaffirmed the need for stronger regional cooperation to jointly address challenges posed by the pandemic and establish a more resilient and sustainable future, according to Cheong Wa Dae.

"As an axis of global vaccine production, the Republic of Korea will make its best efforts for a fair and swift supply of vaccines," Moon said.

It set the stage for Moon's first meeting with Kishida, albeit via video links, since he became Japan's prime minister.

This week's summits organized by the ASEAN have focused on how to step up cooperation to cope with public health crises, such as COVID-19, and regional solidarity in a post-pandemic era. 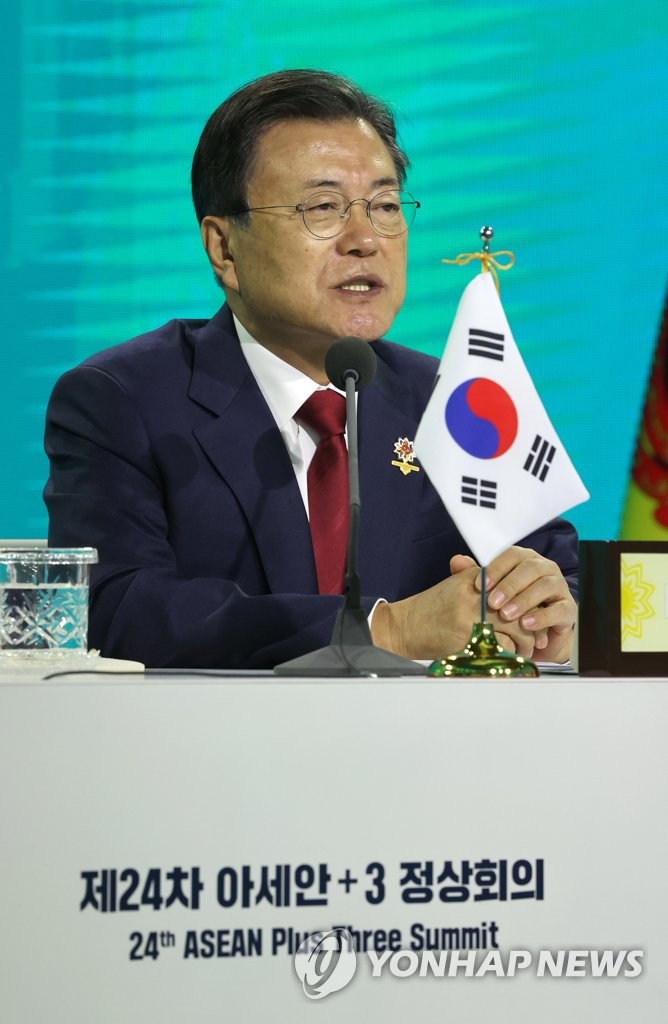 In the session, held via videoconference as well, he put forward a pair of suggestions for "solidarity and cooperation" against the coronavirus and for peace on the Korean Peninsula and in East Asia.

He also asked the 18 member states of the EAS to support Seoul's efforts to resume talks with Pyongyang and its goal of making the Korean Peninsula nuclear-free, it said. 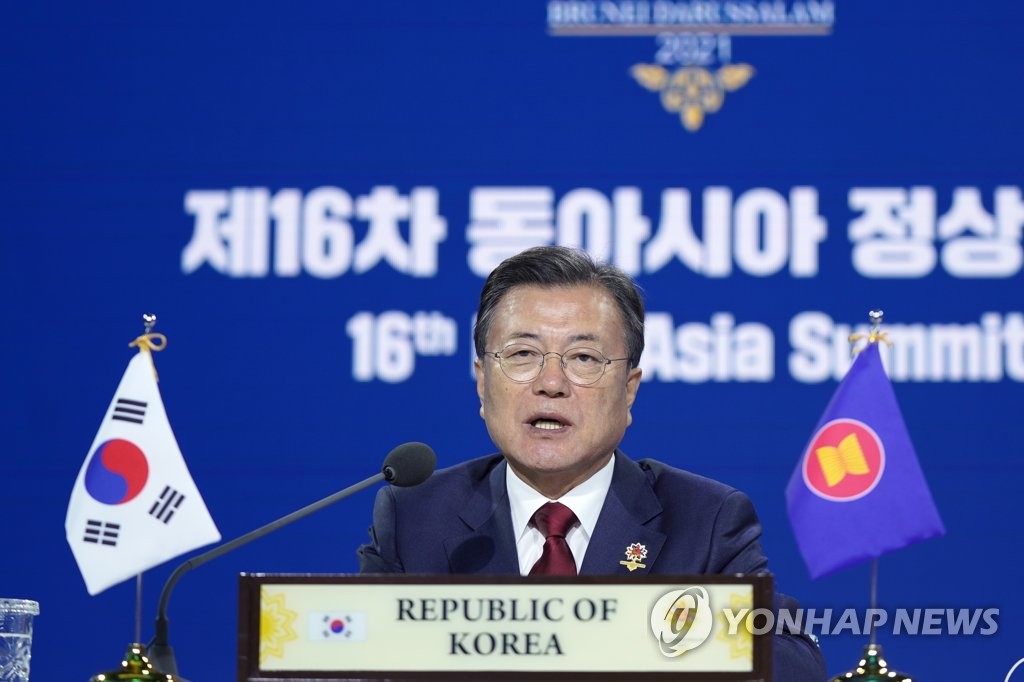