The military has discovered 26 bone pieces and 5,132 articles, including combat gear, in the White Horse Ridge, the site inside the Demilitarized Zone (DMZ) separating the two Koreas. Many of them are thought to be from fallen South Korean troops, the ministry said.

In September, the ministry launched the excavation work there as part of efforts to fulfill a 2018 inter-Korean military accord, including the joint retrieval project. The South currently conducts the project alone, as the North remains unresponsive to calls to join it.

The ministry said that the Agency for Killed In Action for Recovery and Identification will carry out a DNA analysis to identify the bone pieces.

"(The government) will make its best efforts for excavation in all areas, including the DMZ, until the return of the last solider killed in the Korean War to his family and home country," the ministry said in a press release.

The recovery work in the White Horse Ridge followed the conclusion of the yearslong excavation work at the nearby Arrowhead Ridge in June.

At the Arrowhead Ridge, the military recovered a total of 3,092 bone fragments believed to have belonged to 424 troops killed in action. 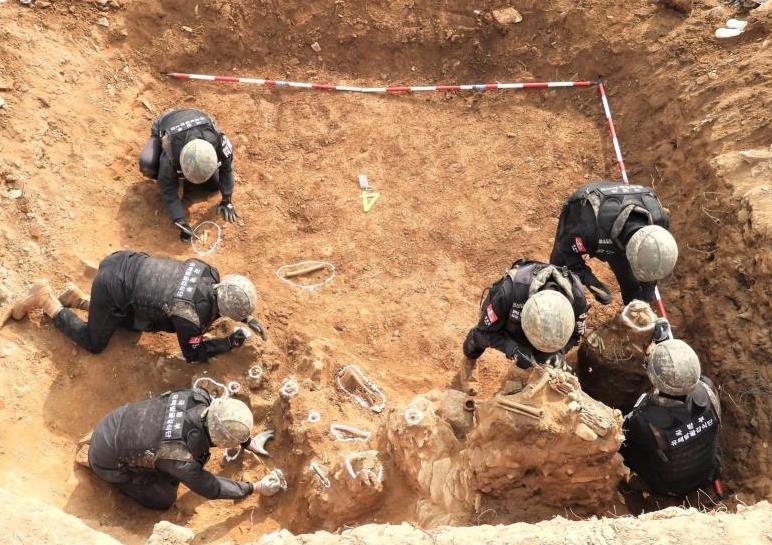