SEJONG, Oct. 28 (Yonhap) -- South Korea's antitrust chief has vowed to intensify a probe into unfair business practices in the travel sector amid a looming recovery in travel demand as the country prepares to return to normalcy.

South Korea plans to ease long-enforced restrictions on gatherings and business operations with its shift to the "living with COVID-19" scheme on Nov. 1 meant to gradually restore daily life back to the pre-pandemic days.

The move could stimulate pent-up demand for travel, spawning concerns that consumers could be exposed to unfair business activities by online hotel reservation platforms.

"First and foremost, the FTC will rectify unfair business activities in such areas as travel and performance," Joh Sung-wook, chief of the Fair Trade Commission, said in a meeting with reporters on Wednesday. 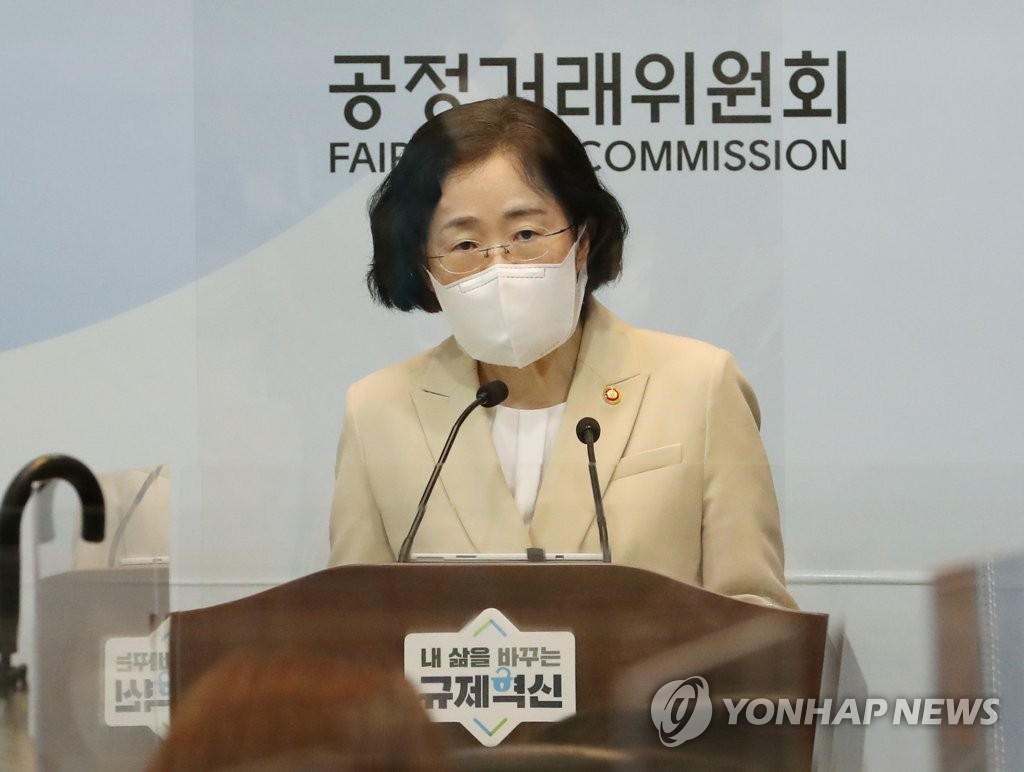 The antitrust regulator has ordered corrective measures for unfair business activities by five accommodation platforms, including Interpark, Booking.com and Agoda.

They were accused of undermining fair competition by abusing a clause known as most-favored nation, which makes hotels that agreed to the clause unable to provide lower prices on other platforms.

"We plan to look into the implementation for the order," Joh said.

Joh also said that the FTC will "swiftly" finalize a probe into allegations that such online travel agencies have failed to let consumers know that they placed some of hotels higher in search results after receiving advertisement fees from them.

Meanwhile, she said that the FTC will complete its review "within this year" of a deal by Korean Air Lines Co., the country's biggest carrier, to buy the debt-ridden Asiana Airlines Inc.

In November 2020, Korean Air said it will acquire its smaller domestic rival Asiana Airlines in a deal valued at 1.8 trillion won (US$1.5 billion) that could create the world's 10th-biggest airline by fleets.