SEOUL, Oct. 28 (Yonhap) -- SK Innovation Co., a South Korean battery maker, said Thursday it will develop and produce all-solid-state batteries with a U.S. firm, in a bid to expand its foothold in the next-generation battery market.

Under the joint venture deal with Solid Power, a Colorado-based solid-state battery developer, SK Innovation will invest US$30 million to acquire a stake in the American company and work with the startup to produce all-solid-state batteries with a target energy density of 930 watt hours per liter (Wh/L) or higher, the South Korean company said in a press release.

If the target energy density is achieved, it will mean higher performance by about 33 percent than that of lithium-ion batteries, the company said.

Solid Power will use the existing production line owned by SK On, SK Innovation's new battery spinoff in the U.S.

All-solid-state batteries use the solid form of electrolyte, a substance that helps the movement of ions in a battery, instead of a liquid or gel type, which significantly reduces fire risks. They also decrease the weight and volume of batteries.

The latest deal is expected to give SK Innovation, the world's fifth-largest battery maker, a boost in its expansion into the solid-state batteries, in addition to its strong foothold in the lithium-ion battery market. 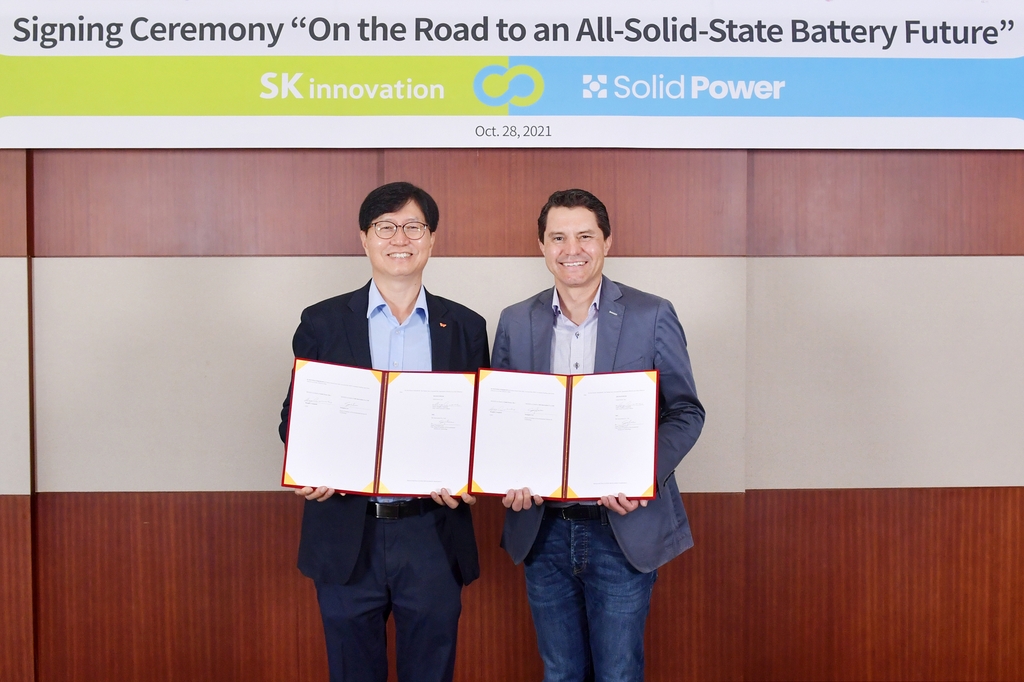