SEOUL, Oct. 28 (Yonhap) -- Lee Jae-myung, the presidential nominee of the ruling Democratic Party (DP), has come under fire after saying he may consider adopting a cap on the number of restaurants in the country to curb excessive competition.

Lee made the remarks Wednesday during his campaigning at a traditional market in Seoul where he listened to self-employed people suffering from the pandemic. He said the competition in the restaurant business is like "an ant lion pit," and that he has an idea of running a quota system to limit the number of restaurants.

"A quota system is not a bad thing," Lee said. "Opening restaurants indiscriminately and going out of business is not a freedom. We need good regulation." 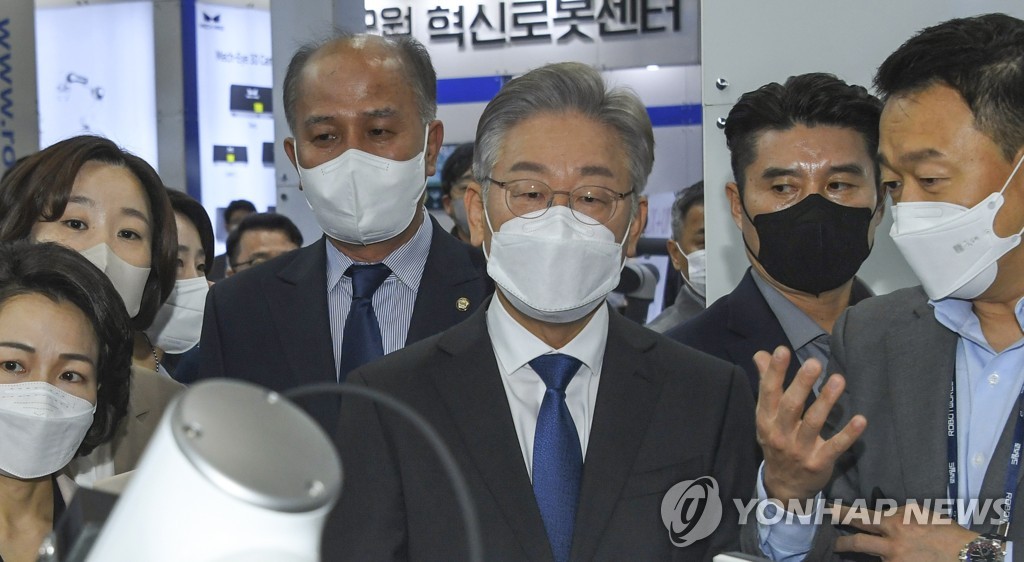 "It is a policy that ignores the foundation of economics," PPP Chairman Lee Jun-seok said at his party's meeting Thursday.

Presidential hopefuls from the PPP also slammed Lee over his restaurant quota idea, with Yoon Seok-youl saying it is "totalitarian," while Hong Joon-pyo lashed out at it as being "unconstitutional."

Lee took a step back from his controversial remarks Thursday, saying he just wanted to emphasize a need to review the quota system and he did not mean he will adopt the system as a state policy and enforce it.

"I do not have exact figures, but thousands of restaurants close yearly and cause problems, so I had briefly thought about it when I was the mayor of Seongnam," he told reporters at a robot exhibition event in Goyang, northwest of Seoul. "We must not allow negligence that causes risks under the name of freedom."